CARACAS, Venezuela  — President Nicolás Maduro on Monday named a powerful ally sanctioned by the U.S. as a drug kingpin, along with a cousin of the late socialist leader Hugo Chávez, to revamp Venezuela’s oil industry amid massive gasoline shortages. 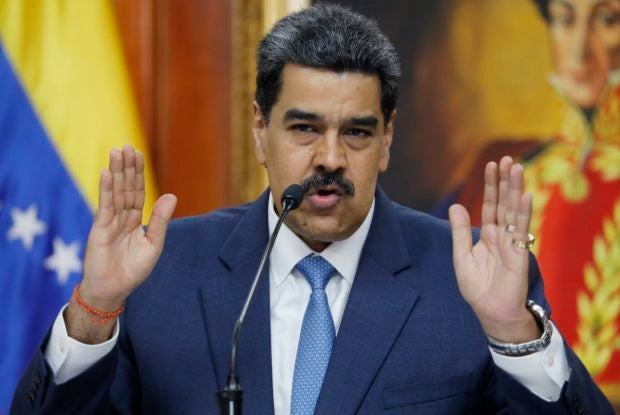 Tareck El Aissami was appointed oil minister and Asdrúbal Chávez tapped to head of state-run oil giant PDVSA. The appointments were published in the official gazette and announced on state television. The government has yet to comment.

Both positions were occupied until now by Gen. Manuel Quevedo, who during his 28-month tenure watched as oil production in the country sitting atop the world’s largest petroleum reserves collapsed by 65%.

“The country’s only source of revenue, oil, has collapsed under Quevedo and the U.S. sanctions put the final nails in his coffin,” said Russ Dallen, head of the Miami-based investment firm Caracas Capital Markets.

The shakeup comes amid crashing global oil prices and it follows a two-decade collapse of crude production at Venezuela’s state-ruin oil firm, which today pumps an amount equal to 19% of levels seen when the late President Chávez took power in 1999. Critics blame rampant corruption and mismanagement.

Venezuelans in recent weeks have experienced critical gasoline shortages and mile-long gas lines lasting days even in the capital of Caracas, the seat of the country’s politics and wealth normally spared the shortages seen across the nation.

In a bid to meet domestic gasoline demand, Venezuela has turned to Iran, receiving the first of several shipments of a key chemical catalyst needed to convert the South American nation’s crude to fuel.

Asdrúbal Chávez had served for a few months as head of Houston-based CITGO, a PDVSA subsidiary, but had to abandon the position after he was denied a U.S. visa.

U.S. Immigration and Customs Enforcement recently added El Aissami to its list of 10 most-wanted fugitives. He was sanctioned in 2017 as allegedly being a major drug trafficker and then was indicted two years later on allegations of violating those sanctions.

A key adviser to Maduro, El Aissami, 45, has served previously as vice president and most recently minister of industry. El Aissami is among dozens of Maduro allies sanctioned by Washington, while Chávez has not been targeted by the Trump administration with financial measures.

El Aissami was indicted for the second time by a U.S. federal court last month for being part of the alleged narcoterrorist conspiracy alongside Maduro. Authorities offered a $10 million bounty for information leading to El Aissami’s arrest and $15 million for Maduro’s arrest.

“Within Chavismo, El Aissami is a relative pragmatist,” said Grais-Targow. “But it’s an extremely difficult situation on any front.”

Despite having the world’s largest oil reserves, Venezuela’s political and social crisis continues to deepen, as the U.S. and a coalition of nearly 60 nations press Maduro to stand down.

Those nations recognize opposition politician Juan Guaidó as Venezuela’s legitimate president, arguing that Maduro’s election in 2018 was a sham because the most popular opposition candidates were banned from running.

The crisis had driven more than 4.5 million Venezuelans from their home, most crossing into neighboring Colombia, Peru and Ecuador, while escaping failing public services like power, running water and adequate medical care.

In attempt to relieve the pain of soaring inflation, Maduro’s government on Monday raised the minimum wage most workers earn, bringing their monthly take-home pay up to the equivalent of $4.66 including both the base pay and food vouchers.

Venezuela’s Central Bank charted inflation at 124% for the first three months of the year.

While PDVSA faces multiple challenges, from low crude prices to falling production, the new oil team’s first priority will be finding gasoline supplies that are on the verge of running out as U.S. sanctions have made fuel imports harder to come by, she said.

“This tells you they’re throwing in the towel about a sanctioned individual being an impediment to future oil deals and engaging with foreign partners,” she said. “Or maybe it’s just an implicit recognition of their reality.”