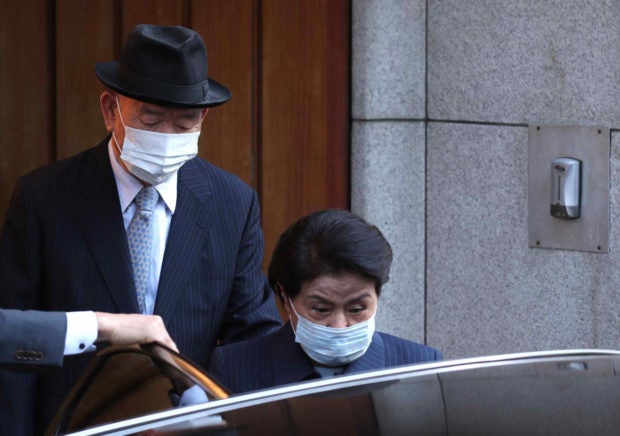 GWANGJU/SEOUL — Former President Chun Doo-hwan on Monday was set to stand trial for allegedly making slanderous statements toward a late activist priest’s eyewitness accounts of a brutal crackdown in his controversial memoir.

The 89-year-old, who led an authoritarian government from 1980-1988, was due to attend a hearing at the Gwangju District Court, about 330 kilometers southwest of Seoul, at 2 p.m.

In his memoir published in early 2017, Chun refuted earlier claims made by late activist priest, Cho Chul-hyun, who had testified to witnessing military firings at citizens from helicopters during the Gwangju pro-democracy revolt in May of 1980. Chun has insisted that Cho lied, calling the late priest “Satan wearing a mask.”

Prosecutors began an investigation into Chun’s statements after a nephew of the late priest filed a complaint. If convicted, Chun could face up to two years in prison or up to 5 million won ($4,000) in fines.

Since his indictment in May 2018, Chun twice rejected court summon orders, citing health reasons, which include a claim that he suffers from Alzheimer’s disease. His most recent appearance in court occurred back in March 2019.

The disgraced ex-leader stood in a separate criminal trial on treason and other charges in 1996. The former Army general, who seized power in a 1979 coup, received the death penalty, but the top court reduced the sentence to life imprisonment. He was released in December 1997 on a presidential pardon.

The May 1980 uprising was led by thousands of Gwangju citizens who rose up against the military junta led by Chun, who seized power in an internal coup following the assassination of his mentor, President Park Chung-hee, eight months earlier. More than 200 people were killed and some 1,800 others wounded, according to official data. Yonhap