MANILA, Philippines – The Philippine Army (PA) has requested the assistance of the National Bureau of Investigation (NBI) in probing the death of former Cpl. Winston Ragos, who was shot dead near a quarantine control point on Tuesday.

According to information from the Philippine Army on Friday, Army commanding general Lt. Gen. Gilbert Gapay has addressed a letter to NBI Director Eric Distor, seeking help in conducting an “impartial investigation” after police investigators appeared to have prejudged the incident. 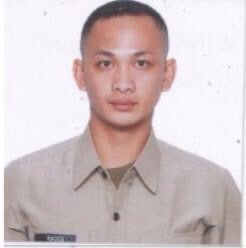 RAGOS / SAVED APRIL 23, 2020
Retired corporal Winston Ragos, who was shot dead by a cop in Quezon City, suffered post-traumatic stress disorder from his years as a soldier.

Ragos died after being shot by Police Mst. Sgt. Daniel Florendo who claimed that the ex-soldier — who his family said was suffering from post-traumatic stress disorder (PTSD) due to his military service — appeared to be drawing a gun.

“The Commanding General, Philippine Army has sought the assistance of the [NBI] to conduct an impartial investigation on the case of Cpl. Winston A. Ragos, a former soldier suffering from [PTSD], who was shot dead by a policeman on Tuesday, April 21, 2020, at Barangay Pasong Putik, Quezon City,” PA said in a statement.

“Lt. Gen. Gilbert I. Gapay requested for the conduct of an impartial investigation in view of the apparent conflicting claims of police operatives involved, witness accounts, and materials available from open sources, to include footage of the incident. Apparent prejudgement by Police investigators moved the Army to seek help from the NBI so that justice may be served for Ragos and his family,” they added.

During the incident on Tuesday, which went viral on social media, Ragos was supposedly accosted by police officers for roaming while Quezon City and the rest of Luzon are under an enhanced community quarantine (ECQ).

In the footage, Florendo, who was with three police trainees, was seen asking Ragos to lie prone on the ground.  However, Ragos supposedly drew his firearm, prompting the police officer to fire two times.

Quezon City Police District’s Criminal Investigation and Detection Unit chief Maj. Elmer Monsalve said that the presence of a gun on Ragos’ sling bag was confirmed by the police trainees, but onlookers and Ragos’ relatives disputed these claims.

Florendo was also seen on video getting a hold of the sling bag before crime scene investigators even came, but Monsalve said this was only to secure the evidence before bringing Ragos to the hospital.

While Florendo’s action has been labeled by top Philippine National Police (PNP) officials like Gen. Archie Gamboa and Lt. Gen. Guillermo Eleazar as a mere “judgment call”, legal experts have questioned the motives of the police officer.

Human rights lawyer Chel Diokno has listed several questions that would determine if Florendo’s actions are justified, while Commission on Elections Commissioner Rowena Guanzon implied that there was no unlawful aggression on the part of Ragos as he neither pointed nor fired the gun.

Guanzon’s comment was a hit on social media with netizens broadcasting it via hashtag #BawalAngShunga.

As of now, Florendo has been charged with homicide.

Gapay said that he hopes the incident would raise awareness over the mental conditions and ailments that soldiers suffer from serving their duty.  Meanwhile, he assured Ragos’ family that they would be assisted while asking military personnel to look after their fellow soldiers’ well-being.

“What happened to Cpl. Ragos was an unfortunate, but avoidable event.  Let his death serve as an awakening on the plight of other soldiers who are being plagued by the traumas of war,” Gapay said.  “The Army assures the family of Ragos that it will extend to them the assistance they need.”

“The Philippine Army prioritizes taking care of our troops and sustaining the wellbeing of our soldiers and their families,” he added.