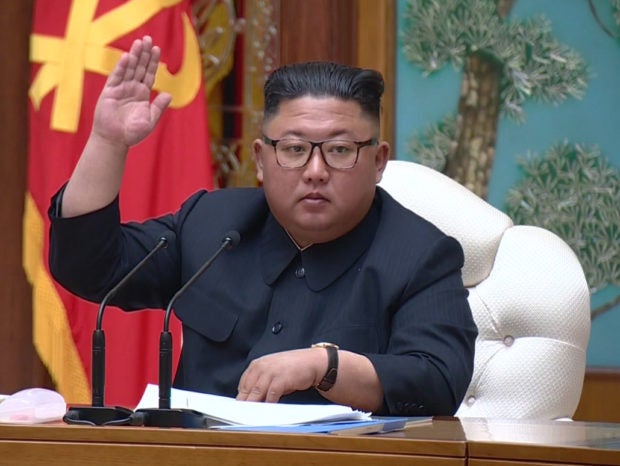 Admitting the lack of intelligence access, US President Donald Trump said he did not know the status of North Korean leader Kim Jong-un’s health, in response to reports that Kim was gravely ill.

“These are reports that came out, and we don’t know, we don’t know,” said Trump on Tuesday in the US during a coronavirus press briefing at the White House, when asked what he knew about Kim’s condition. “I can only say this: I wish him well. Because if he is in the kind of condition that the reports say … that would be a very serious condition, as you know. But I wish him well.”

Trump also said, “I’ve had a very good relationship with Kim Jong-un. And I’d like to see him do well. We’ll see how he does. We don’t know if the reports are true,” adding that he might reach out to check on the North’s leader, whom he had previously called his “friend.”

Speculation about Kim’s health arose when he was missing from an annual event at the Kumsusan Palace of the Sun on April 15 to commemorate the birth of his late grandfather, national founder Kim Il-sung. Kim Jong-un was last seen April 11, when he presided over a politburo meeting of the ruling Workers’ Party.

Daily NK, a local media outlet that focuses on North Korea, reported that the 36-year-old leader — whose health has deteriorated in recent months due to heavy smoking, obesity and overwork — was receiving treatment after undergoing cardiovascular surgery on April 12.

CNN came out with a report saying Kim was in “grave danger” after undergoing surgery, citing US intelligence.

Trump downplayed CNN’s coverage, saying he didn’t give the report “too much credence.” “They came out with very, very serious medical reports. Nobody’s confirmed that.”

US national security adviser Robert O’Brien said the US intelligence community and the administration were “keeping a close eye” on the situation.

“We are monitoring these reports very closely and as you know, North Korea is a very closed society, there is not a free press there, they are parsimonious with the information they provide on many things, including the health of Kim Jong-un,” he said on Fox News.

Asked whether he was aware of who would take power in Kim’s absence, O’Brien said it would probably be someone in the family, but “it’s too early to talk about that because we just don’t know what condition Chairman Kim is in.”

Trump also declined to comment on the potential heir. “I don’t want to ask him that. I have asked him that but it’s not my purpose to tell you that,” he said.

If Kim’s condition is as dire as some have reported, North Korean observers put the leader’s younger sister Kim Yo-jong as the most prominent figure to take over the reclusive regime for the transitional period.

With no details known about Kim Jong-un’s two or three young children, Kim Yo-jong — whose status in the political world recently got a boost when she visibly became the closest aide to the leader — could take the reins.

Japan’s Yomiuri Shimbun reported Wednesday that North Korea has been preparing a succession contingency plan since last year in the case of an emergency, in which Kim Yo-jong would take power.

The report said that during the plenary meeting of the North Korean Workers’ Party last year, the officials made an internal decision that should Kim Jong-un be unable to govern the country due to death or any other reason, all authority would be given to Kim Yo-jong.

The South Korean government continues to downplay speculation about Kim Jong-un’s health and succession plans, saying “no special movement has been detected inside North Korea as of now.”

Despite heated international speculation about the leader, North Korea’s state media outlets on Wednesday remained silent on his whereabouts.