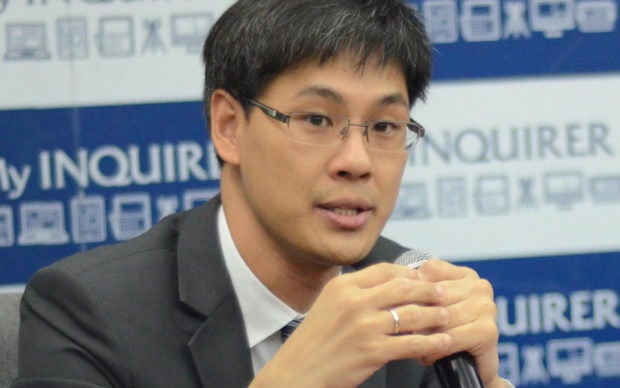 President Rodrigo Duterte has given this order to the new head of the National Economic and Development Authority (Neda), the state planning agency. He also wants Neda to lead the crafting of the national recovery plan for the “new normal” postcoronavirus pandemic and support the “Build, Build, Build” infrastructure program.

The Philippine Identification System (PhilSys) was piloted last year, but its implementation was delayed, which resulted in the government finding it difficult to identify target beneficiaries of its cash subsidy to poor families during the lockdown.

For this year, the Neda-attached Philippine Statistics Authority (PSA) plans 5 million registrations so that the entire population can be covered by 2022. This target was still feasible by registering 5 million household heads instead of everyone in each of the households, Chua said in a media briefing via Zoom.

Forty million more people will be registered next year and another 40 million by 2022, he said.

Amid the COVID-19 pandemic, the President has lamented that had the PhilSys he signed into law in 2018 been fast-tracked, it would have aided the government in handing out doleouts to vulnerable households and displaced workers in a more orderly manner.

The supposedly slow implementation of the national ID system was allegedly one of the reasons Mr. Duterte’s working relationship with Chua’s predecessor, Ernesto Pernia, had soured, eventually leading to Pernia’s resignation last week.

Chua said he had already talked to National Statistician Claire Dennis Mapa, who heads the PSA, which is in charge of the PhilSys implementation.

“Basically, we agreed to use the next two months to finish the remaining procurement and preparation. So that by June or July, when the enhanced community quarantine is relaxed or modified, we will be able to begin again the registration of households,” Chua said.

He said the Department of Budget and Management had assured the funding to move the project forward faster.

Chua pointed out that his predecessor had pushed for the national ID reform, “which will allow us to implement our social welfare programs more effectively and efficiently in the near future.”

For Chua, the national ID and the recovery plan being spearheaded by Neda “are two important components of our macroeconomic story.”

As for the “Build, Build, Build” infrastructure program, he said this would be used “as one of the main drivers of our economy because that is where jobs are created, where the multiplier effects are higher, so that will be an important part of our recovery.”

Deputy Speaker Luis Raymund Villafuerte Jr. has called for a “reboot” of the government’s flagship infrastructure projects under the “Build, Build, Build” program, which had been sidelined as a result of containment measures triggered by the coronavirus pandemic.

He proposed on Tuesday the inclusion of construction activities as an essential service that should be permitted to resume after April 30.

The Camarines Sur lawmaker said “Build, Build, Build” must be put back on track, since infrastructure investments “offer the highest multiplier effects, including job generation, on the economy.”

P5B for fight vs virus

Villafuerte, a member of the joint congressional oversight committee monitoring the implementation of the Bayanihan Act, said regular construction work should resume on major infrastructure projects “for so long as social distancing measures and other health protocols are strictly imposed in job sites.”

The Inter-Agency Task Force on Emerging Infectious Diseases earlier approved the request of the Department of Transportation to allow the resumption of utility relocation works, as well as specified limited works on 13 rail projects.

The Neda Board, meanwhile, has approved a P5-billion project for more quarantine, decontamination, testing and treatment facilities for new coronavirus cases, the President said in his report to Congress on Monday.

The DOH is seeking P5.2 billion for the hiring of 17,757 health-care workers to be deployed to priority COVID-19 referral hospitals. INQ