PNP to file sedition raps vs ex-Anakpawis solon, 6 others after defying ECQ 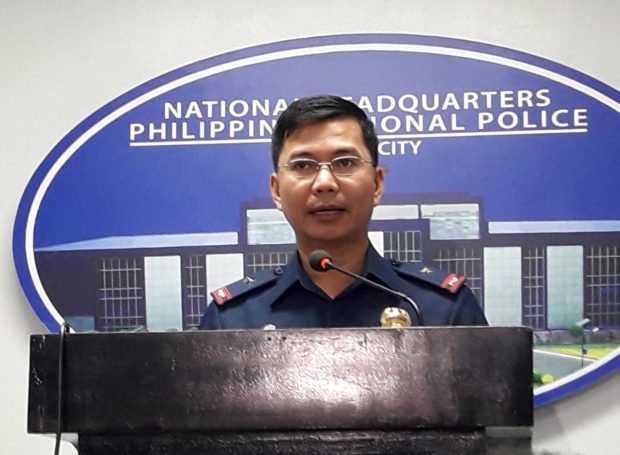 Last Sunday, Casilao and other alleged Anakpawis members, who were supposed to deliver relief goods for farmers in Norzagaray, Bulacan, were detained at the Bulacan Police Provincial Office.

In a statement on Monday, PNP spokesman Brig. Gen. Bernard Banac claimed the activists instead went to Norzagaray for “apparent agitation and propaganda activity under the deceptive cover of a relief mission.”

The group members were stopped at a checkpoint as part of a quarantine protocol at 11 a.m. Sunday and failed to show proof of exemption or authority for their presence in Bulacan, except that they were set to deliver relief packs to their members and sympathizers in a local community.

However, as police inspected their cargo, it contained anti-government flyers, printed materials and tarpaulins with suggestive slogans that “promote the political ideology of Anakpawis, the electoral wing of the militant Kilusang Mayo Uno and  Kilusang Magbubukid ng Pilipinas.”

Banac said the PNP will file charges of violation of Articles 151 and 152 of the Revised Penal Code for resistance and disobedience and conspiracy to sedition.

Charges for violations of Section 9 of Republic Act 11332 or the Mandatory Reporting of Notifiable Diseases and Health Events of Public Health Concern Act and Executive Order No. 2 declaring a state of public health emergency in the Philippines will likewise be charged against the party-list members.

Casilao will also face additional charges for usurpation of authority under Article 177 of the Revised Penal Code for allegedly misrepresenting himself as a party-list representative of Anakpawis.

“Casilao is not a member of the 18th Congress as he claimed himself to be when he tried to intercede on behalf of the arrested Anakpawis members,” Banac said.

“It is terribly disturbing that this organization which styles itself as pro-people advocates of public welfare will rather promote its anti-government ideology at the expense of public health during this critical period of a national health crisis,” the PNP official said.

“It is a matter of life or death that we need to make this quarantine work, but incidents of quarantine violation like this make containment efforts against the virus less effective and detrimental to public health,” he added.