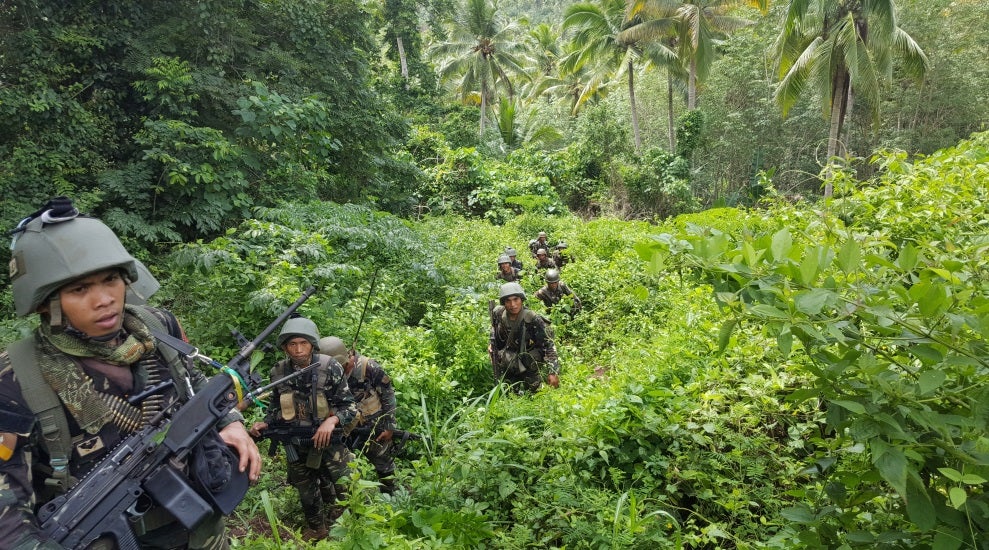 In a statement, the Western Mindanao Command (Westmincom) said its joint task forces responsible for specific geographic areas will “sustain their security operations while they take the lead in the strict enforcement of the quarantine in Mindanao.”

The statement came on the heels of the killing of 11 soldiers in a fierce hourlong gunfight with Islamic State-linked Abu Sayyaf extremists in Patikul, Sulu on Friday afternoon.

Some 14 other soldiers were wounded.

The Westmincom said the 11 soldiers “paid the ultimate sacrifice” to help “ensure the safety and security of the community against the ASG (Abu Sayyaf Group).”

The Westmincom said it “empathizes with the bereaved families of our fallen heroes who, with their intestinal fortitude, fought hard and braved the encounter…”

The military said it will accord assistance to the families of the slain soldiers.

In a somber note, Lt. General Cirilito Sobejana, Westmincom chief, hailed the heroism of the soldiers.

“This afternoon, we lost 11 brave soldiers and 14 others were injured while securing the people of Sulu from the cruelty of the Abu Sayyaf,” Sobejana said on Friday evening.

According to Sobejana, the soldiers fought against more than 40 armed men at around 3 p.m. in Sitio Bud Lubong of Barangay Danag in Patikul town.

The Westmincom said its combat troops inflicted enemy casualties, based on the blood stains found in the encounter site.

On Saturday, the dead and wounded soldiers were being evacuated from Sulu to Zamboanga City where the Westmincom is headquartered.

Sobejana said they will be releasing the identity of casualties once their respective families have been informed, asking reporters to respect such protocol and refrain from posting such information on social media.

Despite having its hands full assisting civilian agencies in the fight against COVID-19, the military in the south has been actively pursuing the Abu Sayyaf fighters.

The group, which has been notorious for kidnapping, currently holds five Indonesian captives snatched last January in the waters off Lahad Datu in Sabah, Malaysia.

Read Next
Palace condemns Abu Sayyaf attack in Sulu
EDITORS' PICK
DOH: 28,471 new COVID-19 cases in PH; active cases now 284,458
On Day 2 of implementation, gov’t says workers now exempt from ‘no vax, no ride’ policy
Over 3 Million worth of prizes to be won at Smart Padala’s SENDali Manalo Promo!
Acer starts the year off strong with the Aspire Vero National Geographic Edition
Metro Manila posts lowest temperature yet this ‘amihan’ season at 19°C
Gear up and get ready to play with Yamaha Mio Gear
MOST READ
Lucky plants to grow in 2022
Derek Ramsay on being married to Ellen Adarna: ‘Gumaan ‘yung mundo ko’
Cristalle Belo on raising her kids in Australia: ‘We set limits’
Unvaccinated has rights but also has limits—DOJ
Don't miss out on the latest news and information.