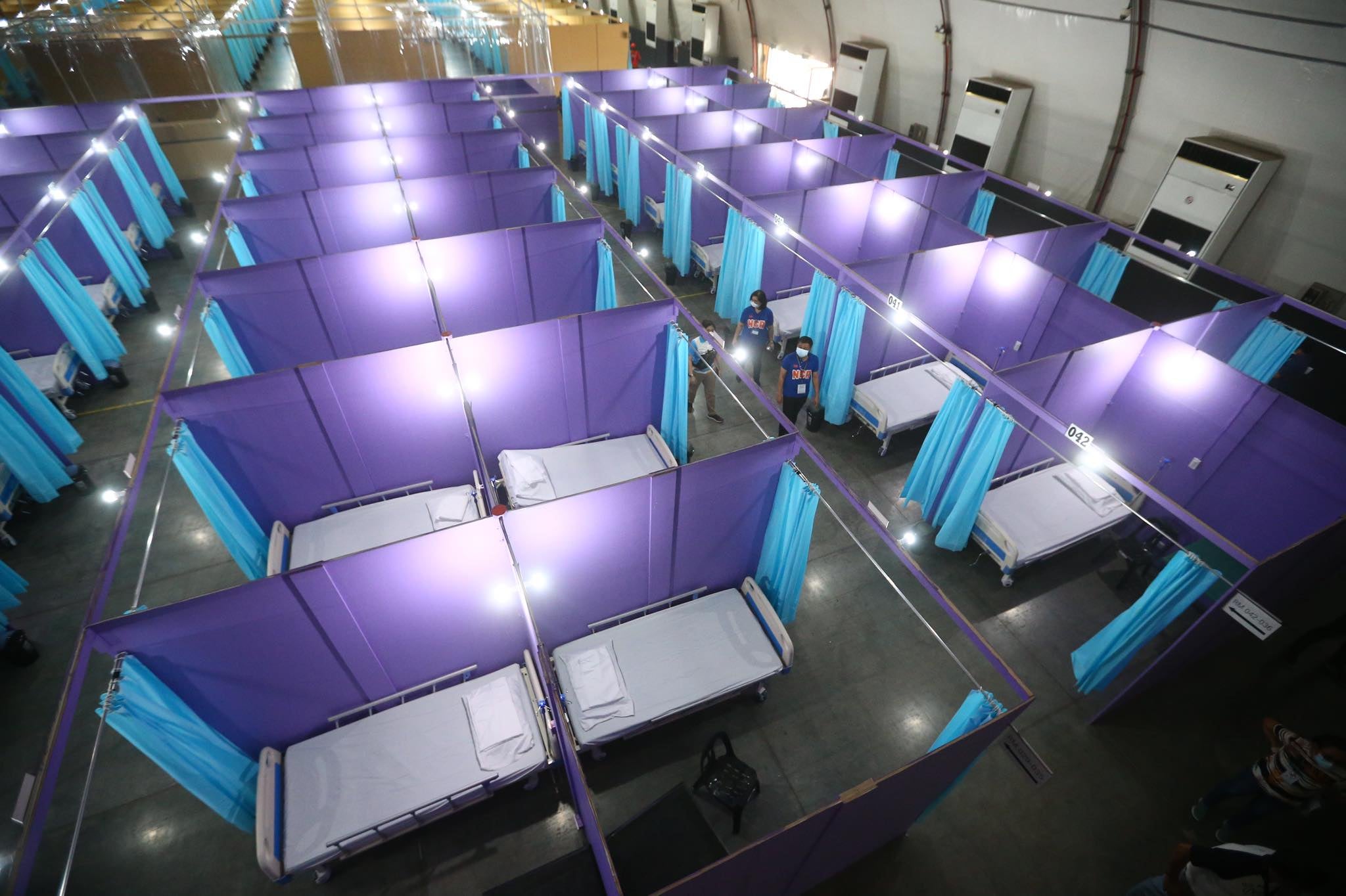 The PICC health facility is set to accommodate a maximum of 294 COVID-19 patients. Image: Facebook/@dpwhph

The PICC Forum tent, set to cater to a maximum of 294 COVID-19 patients, is equipped with 294 patient cubicles and six nurse stations, DPWH Secretary Mark Villar said Wednesday in a press release.

The temporary health facility had also been installed with the necessary equipment, such as hospital beds, IV stands, wheelchairs, defibrillators, as well as a mobile pharmacy and a portable X-ray machine.

Six smart houses outside the facility that will serve as temporary quarters for health workers have also been turned over to the PNP.

The conversion of the facility, done in partnership with the EEI and the Vista Land Group, was completed three days ahead of schedule, according to the DPWH.

The World Trade Center, also in Pasay City, has also been successfully converted into a temporary health facility outfitted with 500 beds. The facility was turned over to the Armed Forces of the Philippines on Tuesday. The Rizal Memorial Coliseum in Manila meanwhile had been accepting mild COVID-19 patients as a health facility since April 6.

Bases Conversion and Development Authority (BCDA) President and CEO Vince Dizon in a briefing on April 3 said that the government is eyeing 12 facilities in Metro Manila also to be converted into temporary isolation sites.

Other than the three said facilities, the others being converted are the FTI facility in Taguig City, Quezon Institute, PhilSports Arena in Pasig, Filinvest Tent in Alabang, Duty-Free Philippines in Parañaque, Amoranto Sports Complex in Quezon City, open areas in Quezon Memorial Circle, and the Veterans Memorial Medical Center.

Iglesia ni Cristo meanwhile had offered the entire 140-hectare Ciudad de Victoria estate in Bulacan, which houses the massive Philippine Arena, to the national government to serve as a temporary quarantine complex amid the pandemic.

Read Next
Exploiting goodwill amid difficult times, man places false pizza orders, charged with theft
EDITORS' PICK
What Went Before: Deal bars police, military ops from UP campuses
Duterte will get COVID-19 vaccine shot in private
New Year, New Rediscoveries
Experience clearer calls nationwide with Smart VoLTE
Is your company a growth champion? Stand up and be recognized!
UP community slams scrapping of DND pact
MOST READ
Proposed toll for newly opened Skyway 3 ranges from P110 to P274
Public has legal basis to demand disclosure of COVID-19 vaccine prices
UP community slams scrapping of DND pact
Palace: Duterte’s ‘no payment of gov’t dues, no franchise’ remark covers all, even ABS-CBN
Don't miss out on the latest news and information.