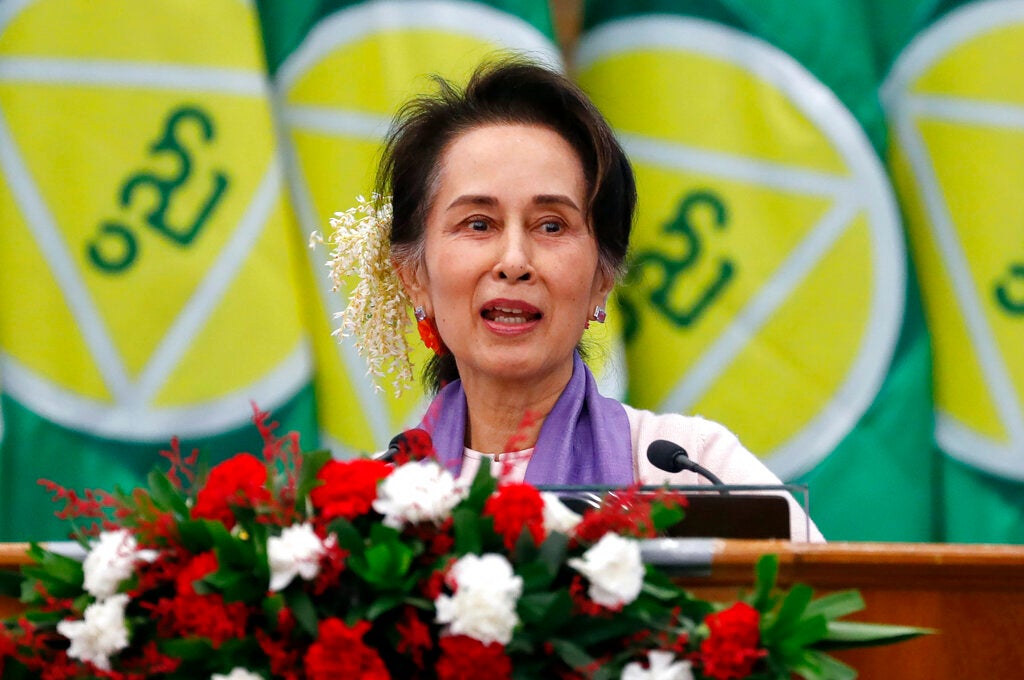 YANGON, Myanmar — Amnesty International criticized Myanmar’s government on Monday, saying it has failed to safeguard freedom of expression and the rights of human rights defenders and activists.

The London-based rights organization expressed disappointment that after four years in power, the government of Nobel Peace Prize laureate Aung San Suu Kyi has done little to change the country’s legal framework. Myanmar is scheduled to hold a general election late this year.

“Myanmar remains a country where the slightest criticism of the authorities can land you in jail,” the group’s senior director for research, advocacy and policy, Clare Algar, said in a statement. “Environmental activists, poets and students are among those who have been arrested and prosecuted simply for expressing their opinions.”

In a report issued Monday, the group noted that Suu Kyi was a target of the same repressive legal system during her previous years-long struggle to end military rule and bring democracy to the nation.

Amnesty International said it is especially alarming that journalists and activists are being detained during the COVID-19 pandemic.

Five student activists were sent to prison for protesting against a government-ordered internet shutdown in Rakhine and Chin states in western Myanmar, it said. Critics say the shutdown hinders the provision of health information that would allow residents to protect themselves from the coronavirus.

The government said it shut down internet service because of an armed conflict between its military and the Arakan Army, an ethnic Rakhine armed group.

The armed forces, which held power for five decades before Suu Kyi’s elected government took power in 2016, still wield great influence over the country’s administration, in large part because of the constitution that was enacted in 2008 under military rule.

“There were some positive steps in the early years of the administration — scores of prisoners of conscience were released, and Parliament abolished two draconian laws that were frequently used against dissidents when the country was under direct military rule,” the report said. But it said Suu Kyi’s ruling party failed to use its parliamentary majority to review and repeal other repressive laws.

“As the current administration comes towards the end of its term and the country gears up for general elections in late 2020, it is vital that the authorities take the opportunity to close the door on politically motivated arrest and imprisonment,” the group said.

“This includes releasing all those imprisoned for exercising their rights, reforming Myanmar’s repressive laws, and ensuring that the rights to freedom of expression, association, and peaceful assembly are respected and protected.”