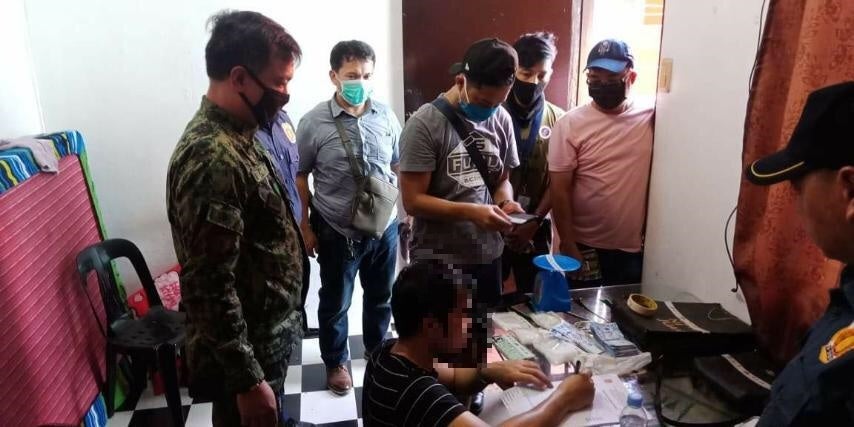 Police conduct an inventory of the pieces of evidence confiscated from four drug suspects who yielded P3.4-million worth of suspected shabu in a buy-bust in Olongapo City on Good Friday, April 10, 2020. (Photo from NPD)

MANILA, Philippines — It seemed business as usual for these four drug suspects until authorities busted them on Friday morning in Olongapo City in Zambales province and seized from them some P3.4 million worth of suspected shabu.

A report from the District Drug Enforcement Unit of the Northern Police District (NPD) showed that Jemylin Colong, Jonalyn Igbus, Reuben Melencio, and Niño Roble were arrested during a buy-bust operation in Barangay East Bajac-Bajac around 11:10 a.m. on Friday. Police said it was a follow-up operation from Thursday’s buy-bust in Caloocan City where some 105 grams of shabu were seized from three other drug suspects.

Also, police confiscated from the suspects the cellphones used in the transaction with the poseur-buyer, boodle money, and a weighing scale.

The four suspects were brought to the Station 1 of the Olongapo City Police Office as drug charges are being prepared against them, police said.