FRANKFURT, Germany  — Governments from the 19 countries that use the euro agreed Thursday on a package of measures that could provide more than a half-trillion euros ($550 billion) for companies, workers and health systems to cushion the economic impact of the virus outbreak. 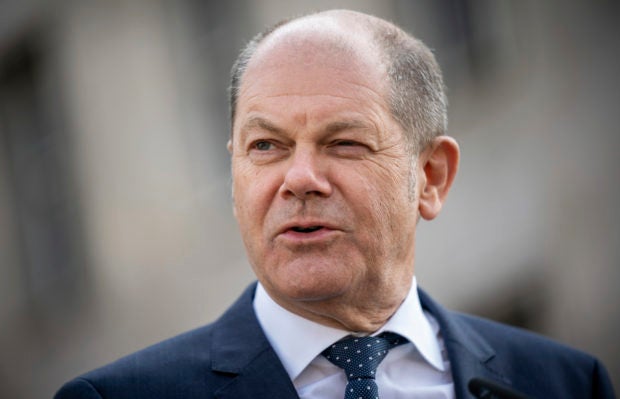 The deal struck Thursday did not, however, include more far-reaching cooperation in the form of shared borrowing guaranteed by all member countries, leaving the issue open as leaders look forward to a further discussion about a fund to support the economic recovery in the longer term.

Borrowing together to pay for the costs of the crisis was a key demand from Italy, whose already heavy debt load is expected to increase because of the recession caused by the virus outbreak. But it was rejected by Germany, Austria and the Netherlands.

Mario Centeno, who heads the finance ministers’ group from euro countries, called the package of measures agreed upon “totally unprecedented… Tonight Europe has shown it can deliver when the will is there.”

The ministers agreed that hard-pressed governments such as Spain and Italy could quickly tap the eurozone’s bailout fund for up to 240 billion euros ($260 billion), with the condition that the money is spent on their health care systems and the credit line expires after the outbreak is over.

The agreement also provides for up to 200 billion euros in credit guarantees through the European Investment Bank to keep companies afloat and 100 billion euros to make up lost wages for workers put on shorter hours.

Centeno said that countries would work on a recovery fund for the longer term and as part of that would discuss “innovative financial instruments, consistent with EU treaties.” He said that some countries support shared borrowing and that others oppose it.

The deal overcame bitter disagreement between Italy and the Netherlands over the conditions for loans from the bailout fund, the European Stability Mechanism.

Italy had rejected the idea of using the fund because the money comes with tough conditions that recalled the austerity imposed on Greece, Ireland and other indebted eurozone countries that were bailed out during the eurozone debt crisis in 2010-2015.

The compromise struck in the final statement says that countries could borrow up to 2% of annual economic output at favorable rates to finance “direct or indirect” costs of the current health crisis.

The question now is whether the package will be seen as big enough to impress markets and prevent new accumulations of government debt from triggering a new eurozone financial crisis.

For now, bond-market borrowing costs of indebted countries such as Italy are being held in check by the European Central Bank, which has launched an 870 trillion-euro bond purchase program. But that program is so far limited in size or duration.