P112K worth of overpriced alcohol seized in Isabela 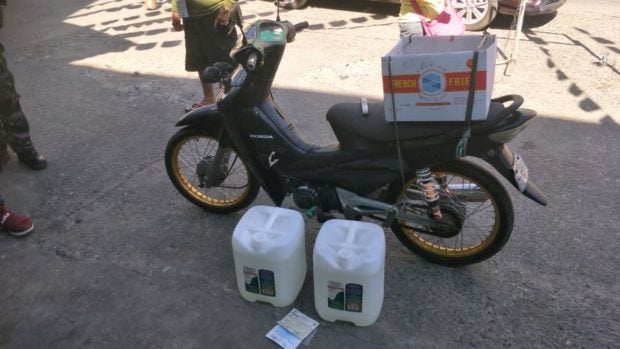 May Cruz, 35, of Echague town, and Joel Jaime, 41, of Ramon town, were detained when they received cash from an undercover agent in exchange for 118 bottles of 70-percent isopropyl alcohol, each weighing a gallon.

The alcohol were sold at P900 when a bottle should have cost P520, said Police Colonel Arthur Marcelino, chief of the Police Criminal Investigation and Detection Group in Isabela.

They were charged before the prosecutor’s office for violating the Price Control Act, the Consumer Welfare Act and the Food and Drugs Administration Act.

The suspects did not have permits to sell the items.