Cans of herbal supplements from US yield weed, the illegal kind, at Clark Freeport 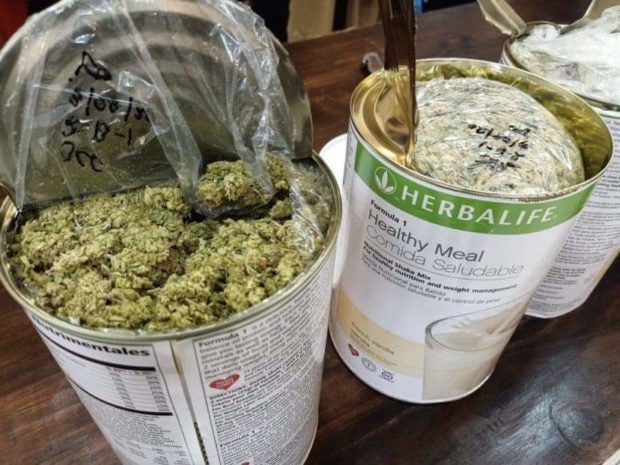 Customs officials inspected the cans after realizing that some of the containers’ labels were not sticking properly. The agency turned over the contraband to the Philippine Drug Enforcement Agency on Monday (April 6), the BOC said in a statement.

The cans, declared as whey protein samples, came in two shipments from California. The marijuana inside the cans weighed 11.569 kilograms.

District Collector Ruby Alameda issued warrants of seizure and detention for the shipments on March 30.