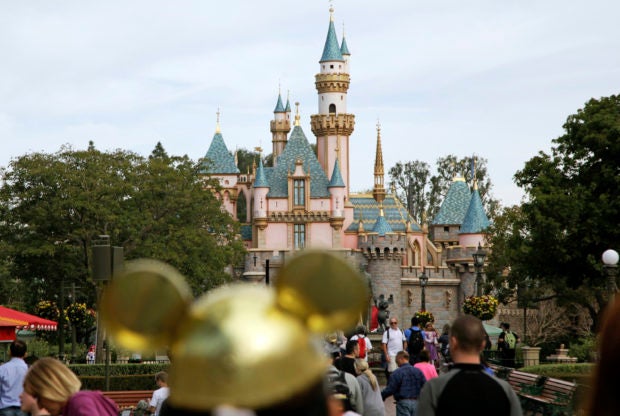 ORLANDO, Florida—Saying they don’t know when they’ll be able to reopen many of their businesses with the coronavirus spreading, Walt Disney Co. officials announced they will start furloughing some workers in two weeks at its theme parks resorts in Florida and California.

The statement released late Thursday from The Walt Disney Co. said the first wave of furloughs will start April 19 and involve workers whose jobs aren’t necessary at this time. Anyone who is furloughed will remain a Disney employee, the company said.

“Over the last few weeks, mandatory decrees from government officials have shut down a majority of our businesses,” the statement said.

The statement did not say how many of Walt Disney World’s more than 75,000 employees or Disneyland’s 31,000 workers would be furloughed, but it would involve executive, salaried and hourly non-union employees.

Disney World has the largest number of workers at a single location in the US. More than half of its workers are covered by a union contract.

The company has been paying workers and providing healthcare benefits at its theme park resorts since the parks closed in mid-March due to coronavirus concerns, and that will continue through April 18, the company said.

Furloughed workers will continue to receive full healthcare benefits, plus the cost of employee and company premiums will be paid by Disney. Employees enrolled in a program in which Disney pays tuition for further education can still continue to take classes, the statement said.

Employees can also apply paid vacation time to the start of their furlough if they desire, the company said.

In a message sent out to Disney World annual pass-holders this week, the company said reservations at the Florida resort were only being accepted for June 1 and later, offering an indication of when Disney officials think they might be able to reopen.

Late last week, SeaWorld Entertainment said it was furloughing 90% of its workers because the novel coronavirus had forced the company to close its 12 theme parks. The company had 4,700 full-time employees, approximately 12,000 part-time employees and more than 4,000 additional seasonal workers, according to its annual report.

Read Next
Persons being watched for COVID-19 in Bacolod to be nabbed if they don’t communicate
EDITORS' PICK
On Day 2 of implementation, gov’t says workers now exempt from ‘no vax, no ride’ policy
Over 3 Million worth of prizes to be won at Smart Padala’s SENDali Manalo Promo!
Acer starts the year off strong with the Aspire Vero National Geographic Edition
Gear up and get ready to play with Yamaha Mio Gear
Metro Manila posts lowest temperature yet this ‘amihan’ season at 19°C
DOH: 28,471 new COVID-19 cases in PH; active cases now 284,458
MOST READ
Cold-case investigation names surprise suspect in Anne Frank’s betrayal
Czech anti-vax singer dies after deliberate infection
Derek Ramsay on being married to Ellen Adarna: ‘Gumaan ‘yung mundo ko’
Emma Stone calls Andrew Garfield a ‘jerk’ after he ‘lied’ about his ‘Spider-Man: No Way Home’ appearance
Don't miss out on the latest news and information.