Where are the relief goods? Some Tagbilaran residents ask 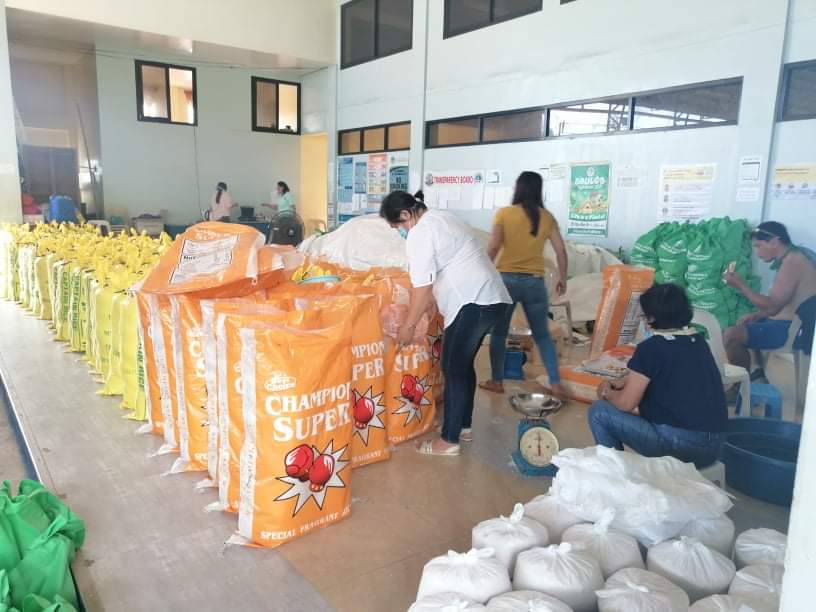 Barangay officials and workers have prepared the relief packs to be distributed to residents in Barangay Booy in Tagbilaran City, Bohol this week. Photo: Helen Castaño

TAGBILARAN CITY –– Aida Terante was excited to get her relief packs from the city government.

But to her dismay, her name was not among the list of beneficiaries when authorities distributed the free goods in Barangay Booy, Tagbilaran City last Wednesday.

“There are many residents including those from other sub-sitios who did not receive the relief packs. We didn’t receive anything.
But we will just wait,” said Terante, 52, who stayed at home with her two children when her small sari-sari store closed down.

Terante was supposed to be one of the 1,752 recipients of Barangay Booy in this city to receive packs of relief goods from the Tagbilaran City Government.

Ma. Christina (family name withheld upon her request), a resident of nearby Barangay Dao, also didn’t receive a gift pack consisting of two kilos of rice, one big sachet of coffee, one big can of sardines, 1/4 kilo of brown sugar, 2 small bottles of alcohol, 1 pack soap, and 1 pack of rice vermicelli.

The city government gave the packs as one-time assistance to residents affected by the month-long enhanced community quarantine.

Christine said she was not given a pack because she is not a resident of Dao. But she explained that she could not go back to her hometown in Dauis because she could not bring her two children, both minors. The minors and those 68 years old and above were not allowed to go out of their houses.

“It was a good thing that a neighbor helped us and gave us food,” she said.

Booy village council member Ruperto Jeverola said the distribution of relief packs was done by zones and house-to-house to prevent the convergence of people.

Jun Telmo, Booy village councilman, said only registered residents of the villages were given relief packs based on the list given by the city government.

The list, he said, was based on the record of barangay inhabitants from the Department of Interior and Local Government.

He said the distribution hit a snag since it took time to order and repack the sacks of rice.

“We are slowing down because the repacking team cannot catch up with our distribution for dispatching,” explained Telmo.

He said that their order of 330 sacks of rice was delayed because of a lack of supply.

Tagbilaran Mayor John Geesnell Yap had instructed the barangay officials to get the names of those who were not able to receive the packs to be given in the next round of distribution.

The city government plans to distribute relief packs to at least 25,000 households.

But some residents said the relief goods from the city government were not enough.

Telmo, however, assured that there would be more.

Those who didn’t receive their packs would be included in the second wave of distribution next week.

But residents of other towns were clamoring for relief goods. “We are wondering where the relief goods are at this time of disaster,” said Jake, a resident of Valencia town.