Man teaching dog how to drive gets arrested| Inquirer News

Man teaching dog how to drive arrested after high-speed chase 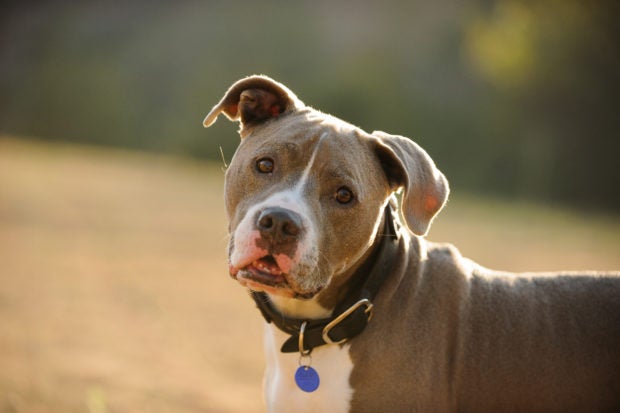 A resident of Washington, United States was arrested following a high-speed chase that left officers dumbfounded after they found the man’s pit bull behind the wheel.

The incident unfolded Sunday afternoon after police received calls about a driver hitting two vehicles in an area south of Seattle and then speeding away, state trooper Heather Axtman told Agence France-Presse.

She said the emergency services subsequently got multiple calls about a car traveling erratically at more than 100 miles per hour (160 kilometers per hour).

Axtman said that as officers gave chase, they got close to the vehicle — a 1996 Buick — and were shocked to see a pit bull in the driver’s seat and a man steering and pushing the gas pedal from the passenger side.

The pursuit ended after police deployed spike strips and arrested 51-year-old Alberto Tito Alejandro, who was booked on multiple felonies including driving under the influence of drugs.

“When we took him into custody… he admitted to our troopers that he was trying to teach his dog to drive,” Axtman said.

“I’ve been a trooper for almost 10 years and I’ve had a lot of excuses when I’ve arrested people or pulled people over, but I’ve never had an excuse that the dog was driving,” she added, laughing.

Axtman said the female pit bull, which was not aggressive toward the arresting officers, had been placed in an animal shelter. RGA

Florida dog bumps car into motion, spins it in reverse

Read Next
BuCor: Inmate died of TB, other complications not COVID-19
EDITORS' PICK
House energy committee chair Arroyo bats for cheap electricity
Bongbong Marcos says PH ‘open for business’ with new Clark Airport terminal
Karding damage to infrastructure at P23M
UNFPA Philippines Career Opportunities
Reignite your passion with the vivo Y35
Sierra Madre stands up to Karding, but needs protection vs the humans it saves
MOST READ
Angelica Panganiban ‘duguan, sugatang mom’ one week into breastfeeding
LPA enters PAR, may develop into tropical depression
Badoy not with Office of the President, NTF-Elcac, under Marcos admin — solon
Kris Aquino offers help for Lolit Solis’ dialysis needs amid her own illnesses
Don't miss out on the latest news and information.