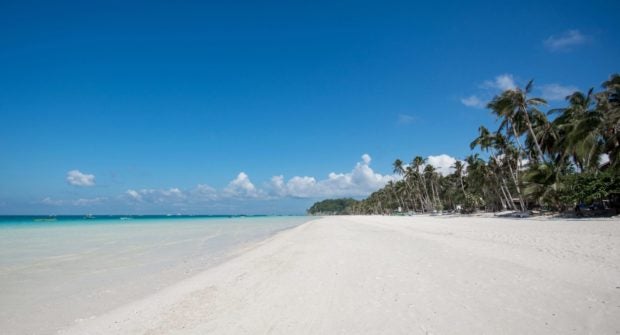 EERILY QUIET Boracay Island, its stretch of white sand beach packed with tourists at this time of the year, has turned eerily quiet as hotels and restaurants stopped operations while Aklan province, like other areas in the country, is on lockdown. —JACK JARILLA

The Department of Tourism (DOT) has stopped special or “sweeper” flights for foreign tourists stranded in the Mimaropa (Mindoro, Marinduque, Romblon and Palawan) region.

As of Tuesday, 218 foreigners were left in the region, with 214 of them, mostly Europeans, still in Palawan province. They were on vacation when the national government placed the entire Luzon under an enhanced community quarantine to slow down the spread of the new coronavirus disease (COVID-19).

“There were no more flights available [after March 26] except for [those foreign] embassy-initiated,” Chris Morales, the DOT regional director, said on Tuesday.

But even so, Morales said the agency would continue assisting the stranded foreigners, who could take private or chartered planes through the embassies of their home countries.A sweeper flight is set to fly Dutch nationals out of El Nido, Palawan, on April 1. The Brazilian Embassy is also working out the repatriation of its nationals trapped in the province, he said.

The spike in the number of infections prompted the government to suspend mass transportation and restrict domestic and international flights.

Morales said the remaining foreigners were staying in hotels that could still afford to operate, but their movement within the community were restricted by quarantine protocols imposed by local governments.

“There were also those [tourists] who opted to just wait out the [quarantine period], like those who came from India, because they said their counties were locked down, too, anyway,” he said.

Since the start of the quarantine on March 15, the government had assisted 6,105 foreign tourists and a few Filipino overseas workers caught in the lockdown in Mimaropa.

The DOT had helped arrange 87 sweeper flights out of Palawan, particularly from the airports of El Nido, San Vicente, and Puerto Princesa City.

In Cebu, Gov. Gwendolyn Garcia called the attention of the DOT after reports reaching her showed that two Caucasians arrived in Samboan town in the southern part of the province on March 29.

She also expressed frustration over the continued convergence of foreigners at Mactan-Cebu International Airport, who use the facility as a jump-off point for sweeper flights so they could return to their home countries. These foreigners, she said, came from Metro Manila and other provinces.

Garcia said she was told that officials of Cordova town were worried about the presence of Russian tourists billeted in one of the resorts there. 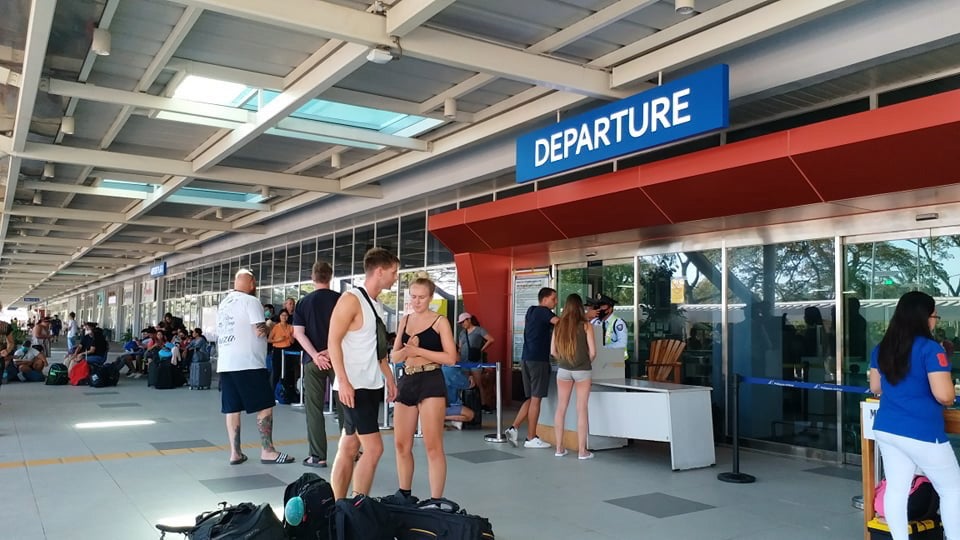 LONG WAIT Passengers, among them foreigners, wait for available flights out of Palawan province in this photo taken on March 17. —MA. CHRISTINA LOUISE SANTOS

“We don’t even allow people from Cebu City to wander in other areas of the province and now you are letting [foreign] tourists in,” Garcia said in Cebuano.

She was told by police that they had to escort the two tourists to Grand Hotel in Samboan for an overnight stay before their flight out of the country.

Garcia lamented this “special treatment” given to foreign tourists, stressing that this was done without following quarantine protocols and measures she had set up to protect residents of Cebu province.

In Aklan province, Boracay Island, typically bustling with tourists during this time of the year, has become eerily quiet amid the national health emergency.

Activities on the island in Malay town, Aklan province, have grounded to a halt as tourists stopped coming because of restrictions to sea, air and land travel, and the closure of provincial and municipal borders. The provincial government has placed the entire province under lockdown.

Walking along the beach and swimming have also been prohibited to ensure social distancing. “Our situation is worse than the closure [to tourists] in 2018, but we understand that this time, it is necessary,” one resident told the Inquirer.

—WITH A REPORT FROM NESTOR BURGOS JR.