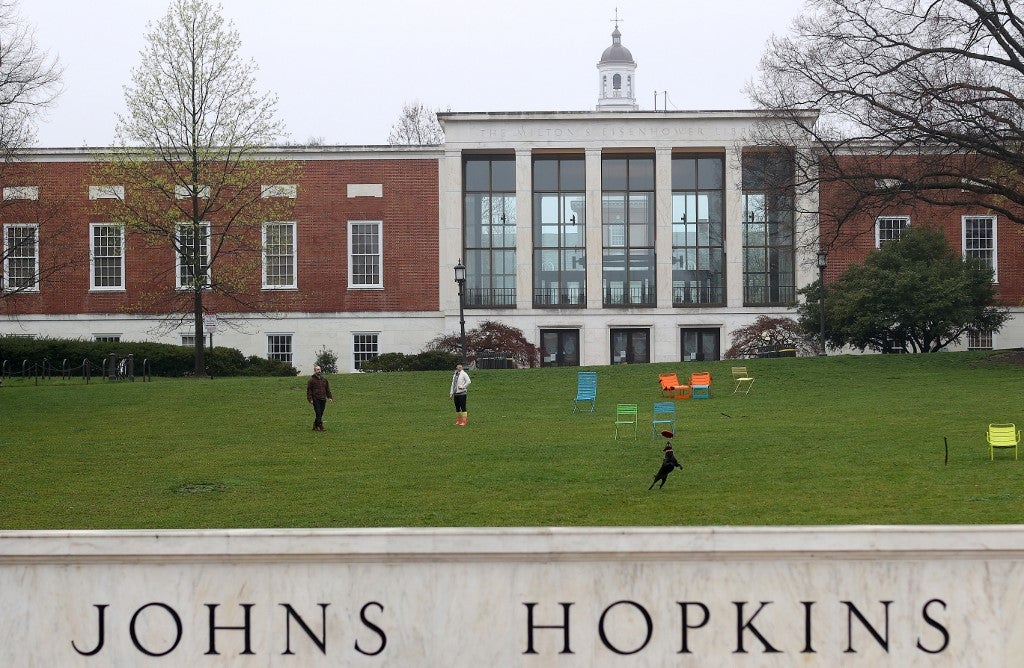 BALTIMORE, MARYLAND – MARCH 28: A couple throw a frisbee for a dog on the campus of The Johns Hopkins University on March 28, 2020 in Baltimore, Maryland. The school is shut down due to the coronavirus (COVID-19) outbreak. Rob Carr/Getty Images/AFP

WASHINGTON — Deaths from the new coronavirus in the United States surged past 2,000 on Saturday, doubling in just three days, according to a tally by Johns Hopkins University.

The number of deaths late Saturday was 2,010, about a quarter of them in New York City, the country’s hardest-hit region, Johns Hopkins reported.

Confirmed cases in the United States topped 121,000, according to the tally.

The surge came as President Donald Trump said he was considering a quarantine on the greater New York area to slow the disease’s move from the US epicenter.

“There’s a possibility that sometime today we’ll do a quarantine — short-term, two weeks — on New York, probably New Jersey, certain parts of Connecticut,” Trump said, adding that it was important to protect Florida, a favorite winter destination for people in the northeast.

New York Governor Andrew Cuomo objected to the idea, which he said Trump had not discussed with him.

“If you said we’re geographically confining people, that would be a lockdown. Then we would be Wuhan, China, and that wouldn’t make sense,” Cuomo told CNN, referring to the city in central China where the virus outbreak began, which was almost totally isolated by Beijing.

Cuomo said he did not believe such an act would be legal, and added: “Why you would want to just create total pandemonium on top of a pandemic, I have no idea.”