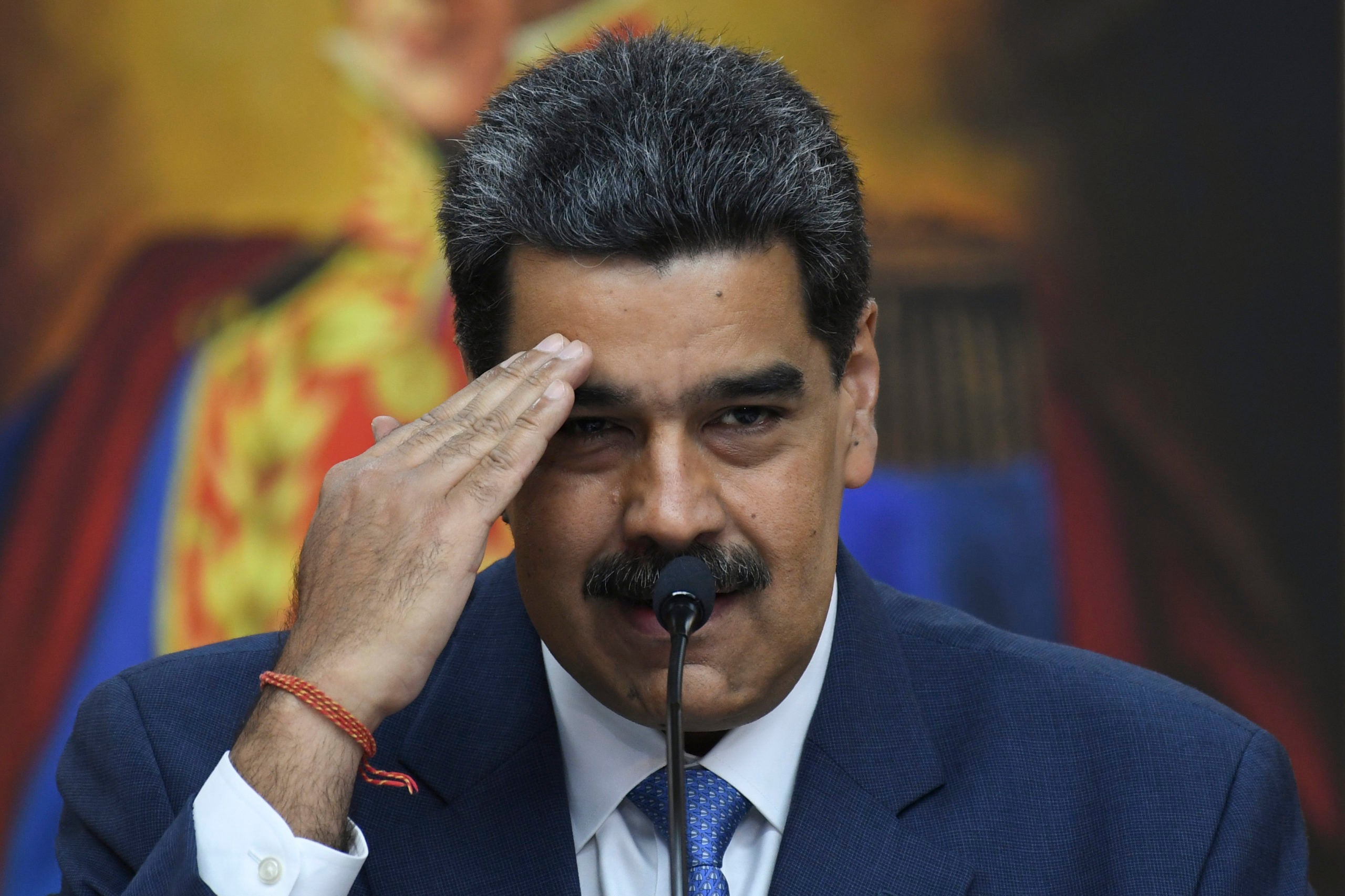 (FILES) In this file photo taken on February 14, 2020 Venezuela’s President Nicolas Maduro gestures during a press conference with members of the foreign media at Miraflores palace in Caracas. – The US Justice Department announced the indictment of Venezuelan President Nicolas Maduro on March 26, 2020 for “narco-terrorism” and offered $15 million for information leading to his capture. (Photo by YURI CORTEZ / AFP)

CARACAS, Venezuela — Venezuela’s armed forces reaffirmed their support Friday for President Nicolas Maduro a day after the U.S. Justice Department charged him with “narco-terrorism” and offered a $15 million reward for his capture.

In a statement read out on state television, armed forces chief Admiral Remigio Ceballos said the army categorically rejected “the extravagant and extremist accusations” against Maduro.

The socialist president has increasingly relied on the backing of the powerful armed forces since succeeding his late mentor Hugo Chavez in 2013 — particularly amid his country’s economic collapse.

In his statement, Ceballos said the indictment of Maduro and other Venezuelan officials was aimed at diverting attention away from the re-election campaign of US President Donald Trump “who will go down in history as the most harmful and most irrational of American presidents.”

Maduro on Thursday slammed the “spurious, false” accusations, and said they were part of a conspiracy organized by the United States and Colombia to force him out of power.

The Trump administration has stepped up pressure on Maduro with sanctions targeting his inner circle. The US and some 50 other countries back opposition leader Juan Guaido as the country’s interim president.

Guaido, who said Maduro had usurped power after a 2018 election widely seen as fraudulent, has repeatedly urged the 240,000-strong army to withdraw its support for Maduro.

In April last year, a call by Guaido for an uprising was supported by only a few army officers and was quickly crushed by Maduro, who retains the support of Russia, China, and Cuba.

Read Next
4 towns, cities under lockdown in Albay
EDITORS' PICK
In speaking out, young athletes prove they are more than just the sum of their skills
COOCAA TV Bounce Back Sale offers up to 50% off
Sotto: Duterte could get terror bill next week
Smart launches new LTE-Advanced Pocket WiFi Plans starting at P699 per month
DOH: Presymptomatic infection possible
Cherry Mobile teams up with Cloud Panda PH, launches online store
MOST READ
Kim Chiu’s viral dance video has no violations, MMDA agrees
Something about KC that worries mom Sharon
‘Stay informed, vigilant’: UP urges students, alumni to report fake Facebook accounts
Sotto: Duterte could get Anti-Terrorism Bill next week
Don't miss out on the latest news and information.