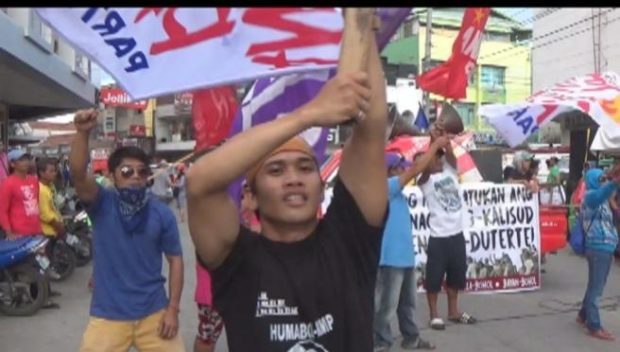 Marlon Maldos, a peasant advocate and cultural worker, was gunned down by unknown assailants in Cortes town on Tuesday, March 17, 2020. CONTRIBUTED PHOTO

TAGBILARAN CITY, Bohol –– A 25-year-old activist and artistic director of a community theater group was shot to death by unidentified assailants in Cortes town on Tuesday morning.

Marlon Maldos, a choreographer and trainer of “Bol-anong Artista nga may Diwang Dagohoy” (Bansiwag), became the youngest victim of extrajudicial killing in Bohol.

The police investigation showed that Maldos was in between two persons on board a motorcycle in Barangay Dela Paz in Cortes, 10 kilometers from this city, when the perpetrators, on board another motorcycle, arrived and fired at the victim.

Witnesses told the police that Maldos appeared to be the target since when he and his companions fell to the ground, the gunmen approached and finished him off.

Investigators have yet to identify the perpetrators as well as the motive behind the killing.

Farmers and progressive groups, including the Hugpong sa Mag-uumang Bol-anon (Humabol), condemned the murder of Maldos.

In a statement, Humabol said agents of state forces were behind the killing of Maldos.

“At a time when the country is under a health emergency and all efforts should be directed towards controlling the spread of COVID-19, fascist agents of this fascist government are on a rampage, harassing, and killing farmers, land rights activists, and cultural workers,” the statement said.

Humabol said Maldos and his family had been the subject of constant red-tagging, vilification, and harassment.

“He has been unfairly and baselessly linked to the revolutionary underground movement even if he was plainly out in the open, participating in rallies calling for genuine land reform, and organizing theater arts workshops,” it said.

“We demand swift justice for Marlon. We demand to end impunity. We demand that these senseless killings be solved and perpetrators be brought to face the court of law, and punished accordingly,” it added./lzb