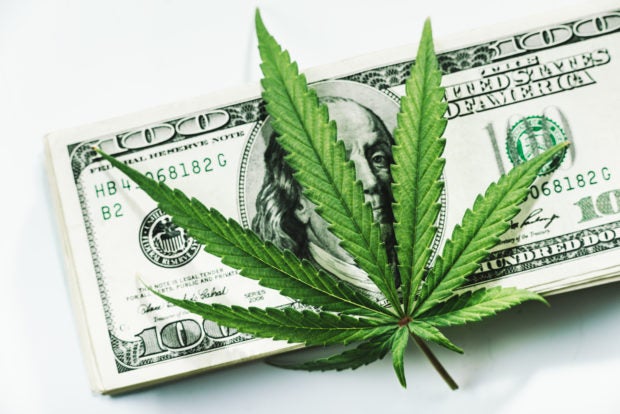 A Louisiana woman was arrested on drug charges after police determined the $5,000 cash she used to post an inmate’s bail had a “strong odor of marijuana.”

Authorities began investigating Stormy Lynn Parfait, 33, on Friday, shortly after she showed up at the Ashland jail to pay the bond fee for an inmate being held there on drug charges, the Terrebonne Parish Sheriff’s Office said in a statement obtained by news outlets.

After catching a whiff of the cash, a detective searched her car while she was still at the jail and found nearly $40,000 more inside, along with about 100 Klonopin pills and a food stamp card that wasn’t registered to Parfait, according to the sheriff’s statement.

Investigators found hundreds of additional pills and cash as well as marijuana, cocaine and paraphernalia, during a search of Parfait’s home later, news outlets reported. Four unattended children there were turned over to a relative.

Parfait was charged with multiple counts of possession with intent to distribute drugs, four counts of illegal use of a controlled drug in the presence of persons under 17, taking contraband to or into a correctional institution and other related charges, authorities said.

It’s unclear whether she has an attorney who can comment on her behalf. IB /ra