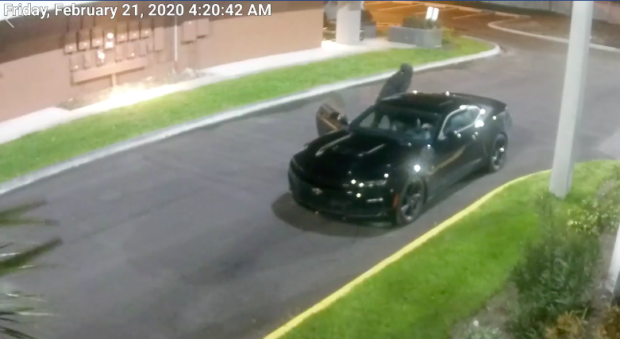 A group of still-unidentified men broke into two medical marijuana dispensaries in Florida, United States and the second burglary – in perfect coincidence – was committed at 4:20 a.m.

The thieves first struck the Trulieve dispensary at 645 Bayway Blvd. on Clearwater Beach at 3:43 a.m. on Feb. 21, local police said as per Tampa Bay Times on Feb. 22.

The group, made up of three men, reportedly took an unknown number of “inventory” from the first dispensary, according to the report. Around 40 minutes later, authorities believe the same thieves broke into another one.

Clearwater police said the thieves struck the Clearwater Trulieve location at 24639 U.S. 19, and security footage posted on their official Facebook account on Feb. 22 show the criminals arriving at the dispensary at exactly 4:20 a.m.

“Help our detectives identify these burglary suspects who committed [commercial] burglaries at two medical marijuana dispensaries, including one where they arrived right at 4:20 a.m,” police said.

Help our detectives identify these burglary suspects who committed commerical burglaries at two medical marijuana dispensaries, including one where they arrived right at 4:20 a.m. The first crime occurred at the Trulieve located at 645 Bayway Blvd. and the second one occurred less than an hour later at 24639 U.S. 19 N. In each case there were three suspects — two who entered the business and one who stayed with the getaway car, a black Camaro. Take note of the blue shoes that one of the suspects wore in case you recognize those unique sneakers to go along with the unique car. Call 727-562-4242 if you can help our detectives.

Two broke into the establishment while one waited inside their getaway car. They were dressed in black with masks on. The burglary lasted for around five minutes before the thieves drove away with the goods.

Another security footage showed the two men inside the dispensary hastily stealing several boxes of merchandise while trashing the place.

Here's the view from inside the store on U.S. 19 early this morning when thieves broke into the Trulieve medical marijuana dispensary less than an hour after a similar burglary at a store on Clearwater Beach. Two suspects entered the store while a third one waited outside in a black Camaro. Do you know anything about this case? Call our detectives at 727-562-4242.

The trio are yet to be arrested or identified, as of writing. Similar cases of break-ins have also been reported in other parts of Florida prior this incident, according to the report. Ian Biong/JB