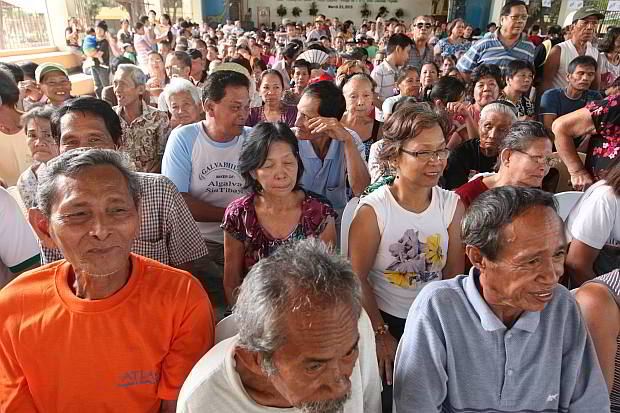 MANILA, Philippines – The Commission on Human Rights (CHR) has called on Congress to pass a bill that severely penalizes abuse against senior citizens, as the country celebrates the Grandparents’ week.

CHR spokesperson and lawyer Jacqueline de Guia said on Wednesday that while the government has made significant developments in terms of taking care of the elderly, the passage and enactment of the Anti-Elder Abuse Act will be of great help.

“The Commission thus lauds the efforts of the Philippine government in the passage of the Republic Act No. 11350 or the National Commission of Senior Citizens Act—which creates the National Commission on Senior Citizens to ensure the full implementation of laws and programs concerning senior citizens—and President Rodrigo Duterte’s Executive Order 104 which sets a maximum drug price ceiling (MDRP) for at least 87 drug molecules, or the combination of medications within a single capsule,” De Guia said in a statement.

“The Commission hopes that the government will be able to continuously sustain its efforts in caring for the elderly, and we issue yet again our call for the unhampered passage of the Anti-Elder Abuse Act which defines ‘elder abuse’ and provides mechanism for legal, social and moral redress when abuse against an elderly individual has been committed,” she added.

Under the proposal, elders who may have experienced any form of abuse can avail of legal assistance from the Public Attorney’s Office, support from various Department of Social Welfare and Development services, and other legal remedies specified in the Family Code.

Section 6 of the proposed measure also tasks the DSWD and the Department of Health to give temporary shelter, counseling, rehabilitation services and livelihood assistance, among others, to victims of abuse.

In the House of Representatives, House Bill 7030 was passed on the third and final reading in February 2019 under the 17th Congress, but was left untouched after Congress went into recess for the 2019 midterm polls.

Several counterpart bills have been filed both in the House and in the Senate, but none has passed the third and final reading.

Proclamation No. 757 dated 1996 sets March 11 to 18 as the Grandparents’ week, in recognition of the important contribution of seniors to nation-building, and to inculcate upon young people the value of respecting their elderly.

“According to the Population Commission senior citizens accounted for 8 percent or 8.103 million people of the country’s population as of 2018. While the United Nations Population Fund projects the senior population in the Philippines to rise to some 23.63 million individuals by 2050,” De Guia explained.

“These numbers prove how numerous the number of elderly individuals in the Philippines is. The passage of the Universal Declaration of Human Rights in 1948 jumpstarted the rights of the elderly, and the shift towards conventions-based inclusivity as seen in the Convention on the Elimination of All Forms of Discrimination Against Women (CEDAW), and the Convention on the Rights of Persons with Disabilities (CRPD),” she added.