MANILA, Philippines — Presidential daughter and Davao City Mayor Sara Duterte-Carpio arrived at the Senate Wednesday in full military uniform as she awaits her confirmation as colonel of the Armed Forces of the Philippines Reserve Force. 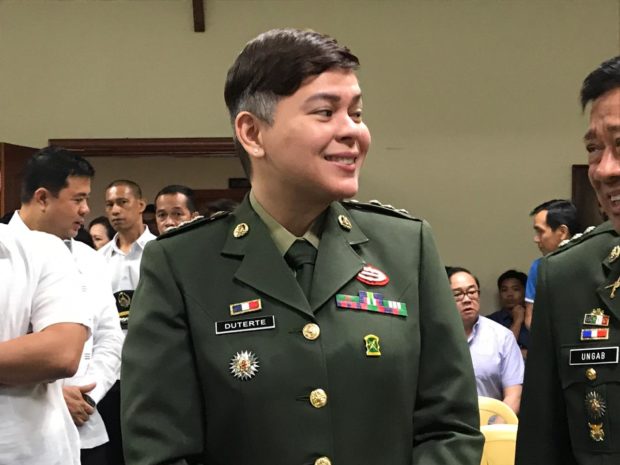 Davao City Mayor Sara Duterte – Carpio arrives at the Senate in military uniform Wednesday morning. The Commission on Appointments will deliberate on her promotion to colonel of the Armed Forces of the Philippines Reserve Force. (Photo by Christia Marie Ramos / INQUIRER.net)

She is set to face members of the powerful Commission on Appointments (CA), which will, deliberate on her appointment in a public hearing.

She needs at least 13 votes for her to pass the CA and earn her rank.

Davao City 3rd Rep. Isidro Ungab’s rank as colonel of the Army’s reserved forces is also up for confirmation.