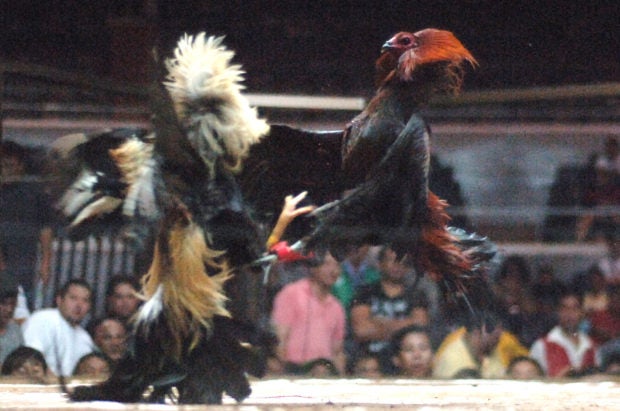 KORONADAL CITY, South Cotabato, Philippines — A group of cockpit owners in the country is seeking clearance from the provincial government of South Cotabato to allow the livestreaming, or broadcast of the popular “sabong” (cockfight) so gamblers could place bets without having to jostle their way inside noisy and crowded arenas.

Eric dela Rosa, president of United Association of Cockpit Owners and Operators of the Philippines Inc. (UACOOPI), has asked the Sangguniang Panlalawigan here to grant his group a license to broadcast cockfighting, which he described as a “sport.”

He said livestreaming would “promote and cultivate the cockfighting tradition in our country.”

“E-sabong,” or online cockfighting has become popular with online gaming taking roots in the communities, even enticing bets from cockfighting aficionados overseas.

“This business venture shall benefit the province through increased revenues by means of promotional tourism activities that will spur the continued growth and development of South Cotabato,” Dela Rosa said in a letter on Jan. 18.

South Cotabato Gov. Reynaldo Tamayo Jr., in a letter on March 2, endorsed to the Sangguniang Panlalawigan (provincial board) the bid of UACOOPI to livestream cockfighting in the province.

The Games and Amusements Board has given UACOOPI the authority to broadcast or livestream cockfighting events held in remote areas in the Philippines. The group, however, needs the permission of the provincial board before it operates.

Church oppositionDela Rosa said they also applied for similar permits in at least 30 other provinces, cities and towns across the country.The province of Batangas and the cities of Lipa and Manila approved the group’s application to broadcast cockfighting, he added.

Fr. Angel Buenavides, spokesperson for and vicar general of the Diocese of Marbel, condemned the application for e-sabong in South Cotabato and urged the provincial board to reject the proponent’s bid.“They’re no longer contented with holding the cockfights in cockpits; now they wanted it online,” he said.

He said the diocese opposed any form of gambling “as it erodes the moral values of the people.”

The diocese recently slammed the soft opening of a hotel casino in nearby General Santos City.