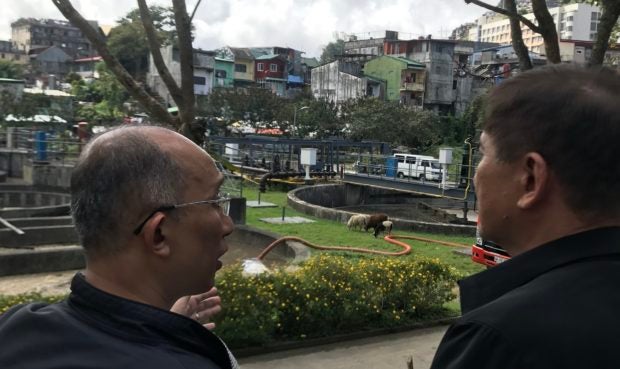 BAGUIO CITY, Benguet, Philippines — The Asian Development Bank (ADB) has started examining the condition of Baguio’s sewage system which is due for a comprehensive rehabilitation, according to Mayor Benjamin Magalong.

ADB experts are conducting a feasibility study for the cleanup of wastewater generated by a daytime population of almost 700,000 people, including tourists, transient workers and students.

Some of the city’s sewage has been discharging without treatment into rivers because its 32-year-old sewage treatment plant (STP) has a limited capacity, Magalong told the city council on Monday.

Many households rely on septic tanks, some as old as three decades, which are not periodically cleaned and are not equipped to purify soiled water released underground.

As of 2019, the initial estimate for undertaking the city’s biggest engineering project was P22 billion.

ADB will also determine the best model for three more STPs which will be installed at the headwaters of three other rivers that flow to Benguet and La Union provinces, as well as satellite plants for clusters of villages.

The city’s only STP, built through a grant by the Japanese government at the North Sanitary Camp here, processes only 8,500 cubic meters of wastewater from 5,861 houses and buildings in downtown Baguio.

The processed wastewater flows down to the Balili River that reaches La Trinidad town in Benguet. As of January, Balili River had 160 quadrillion fecal coliform count.

The plant upgrade will require about P300 million to increase its daily capacity to 15,000 cubic meters, according to the City Environment and Parks Management Office.

The STPs will also clean the Asin-Galiano, Bued and Ambalanga rivers. All these water catchment zones are surrounded by settlements in both Baguio and Benguet.

During the Feb. 24 and March 2 sessions of the city council, residents at Barangay Lower Rock Quarry here said a plan to fence off 1.1 hectares of city land for the Asin-Galiano River STP would displace 21 households.

Village officials also said the plan ignored a 2015 proposal made by 15 villages that only 7,000 square meters of Lower Rock Quarry would host the treatment plant designed to clean 7,600 cubic meters of their wastewater.

The area, sometimes referred to as the City Camp Lagoon, used to be flooded due to runoff rainwater.—Vincent Cabrezsa

Palace to bishop: Stick to your role in society, don’t discourage people from wearing face masks