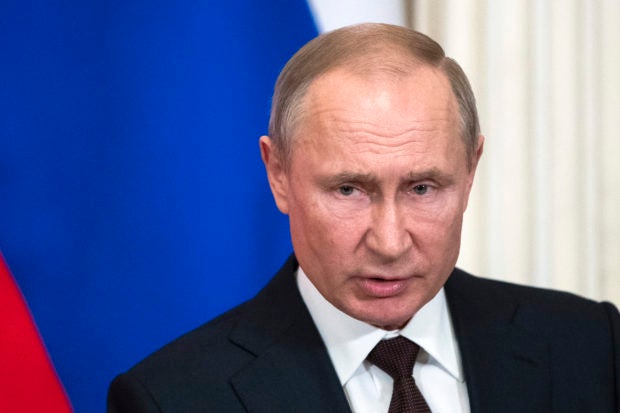 His comments came at a meeting that concluded before dawn Friday looking ahead to an expected second reading of his proposed amendments Tuesday. The second reading is critical because that is when lawmakers in the Duma can make substantial changes in proposed legislation.

“It is not enough just to draw a line under the certain stage of our country’s development. We need guarantees that it is impossible to slide back in the direction to which we do not want to return,” Putin told the lawmakers.

He first proposed amending the constitution in January’s state-of-the-nation speech, saying it is necessary to broaden the powers of parliament and bolster democracy. Kremlin critics have described the proposed changes as part of Putin’s efforts to remain in charge after his current six-year term ends in 2024.

A national referendum on the amendments is set for April 22.

On Monday, Putin presented 24 pages of additional amendments for the second reading.

Lawmakers said they included an article that points to a millennium-long Russian history and pledges homage to “ancestors who bequeathed to us their ideals and a belief in God.” The amendment follows a proposal by the Russian Orthodox Church to add a reference to God to the constitution.
Another amendment describes marriage as a “union of a man and a woman,” wording in sync with Putin’s long-stated opposition to same-sex marriages.

Also in line with proposals to outlaw disparaging the Soviet role in winning World War II, Putin added an article pledging to protect “historic truth” and forbid “belittling the people’s heroic protection of the Motherland.”

The amendment comes as Russia prepares to celebrate the 75th anniversary of victory in World War II — the nation’s most important holiday.