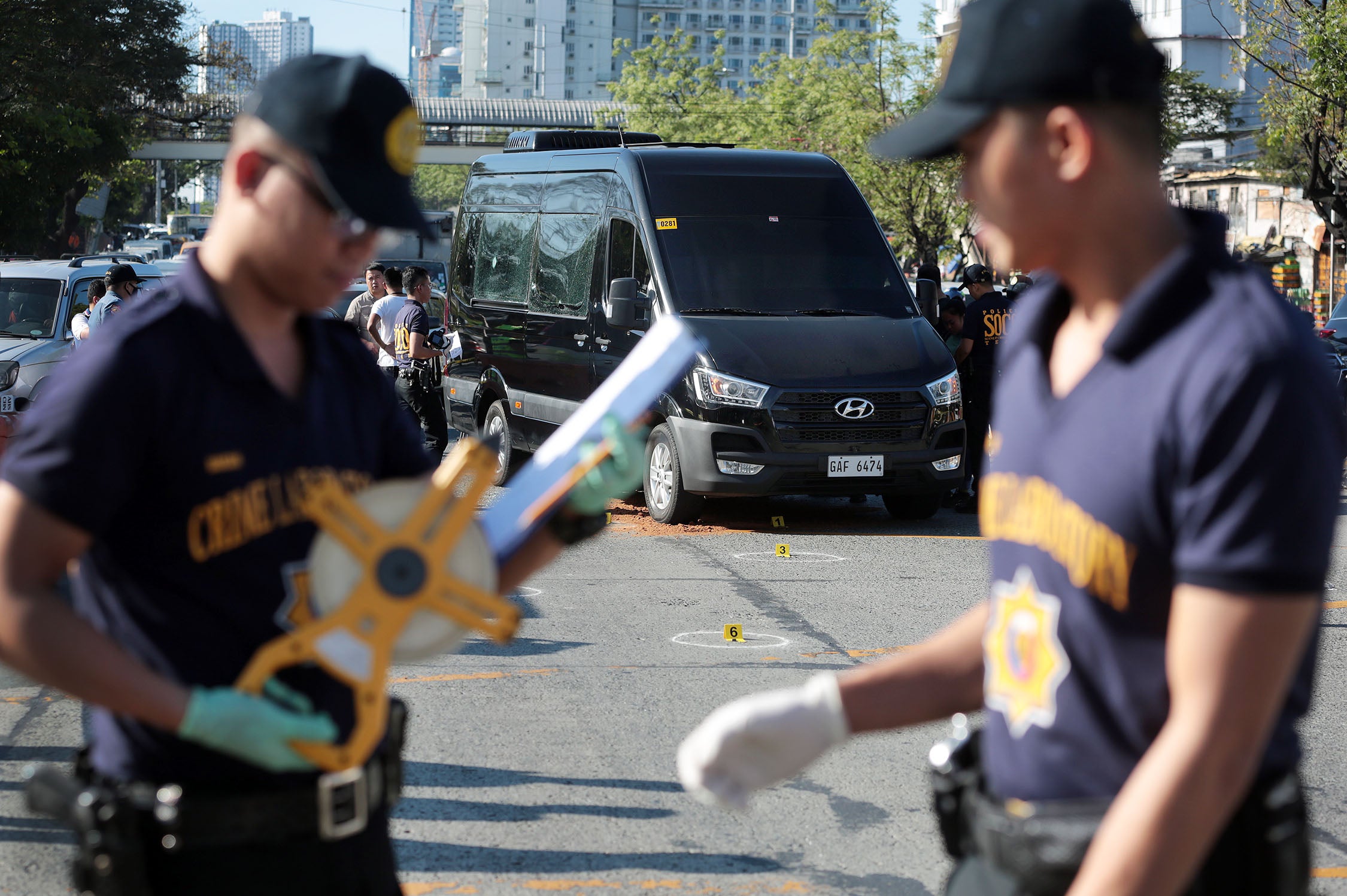 CALL FOR WITNESSES The police have asked motorists whose dashboard cameras might have captured the shooting to come forward and help them. —GRIG C. MONTEGRANDE

While the identity of the two motorcycle-riding gunmen who peppered actress Kim Chiu’s van with bullets remained unknown, a closed-circuit television (CCTV) camera footage obtained by the police showed that they started following the vehicle after it left a subdivision on Katipunan Avenue. “We can see that the gunmen waited for Chiu to exit the gate of the subdivision. We can’t say for certain whether she’s the real target because the investigation is still ongoing…,” said Police Maj. Elmer Monsalve, chief of the Quezon City Police District’s Criminal Investigation and Detection Unit (CIDU).

The Quezon City police formed an eight-member special investigation task group to look into the shooting, hours after it happened on Wednesday morning. Chiu, her driver Wilfredo Taperla and personal assistant Mayrin Nasara were unhurt.

They were reportedly on their way to Victoria Sports Center in Diliman for a taping.

The CIDU said it was looking at all angles to establish the motive for the incident, including the possibility that it was a case of mistaken identity.Aside from the testimony of witnesses, the task force was also gathering other pieces of evidence such as CCTV camera recordings that could have captured the shooting itself or the identity of the suspects. Monsalve also called on motorists with dashboard cameras in their vehicles that could have recorded the incident to help them.

He said they were not able to get a footage at the actual site because there were no CCTV cameras around the intersection where Chiu’s car was fired at.