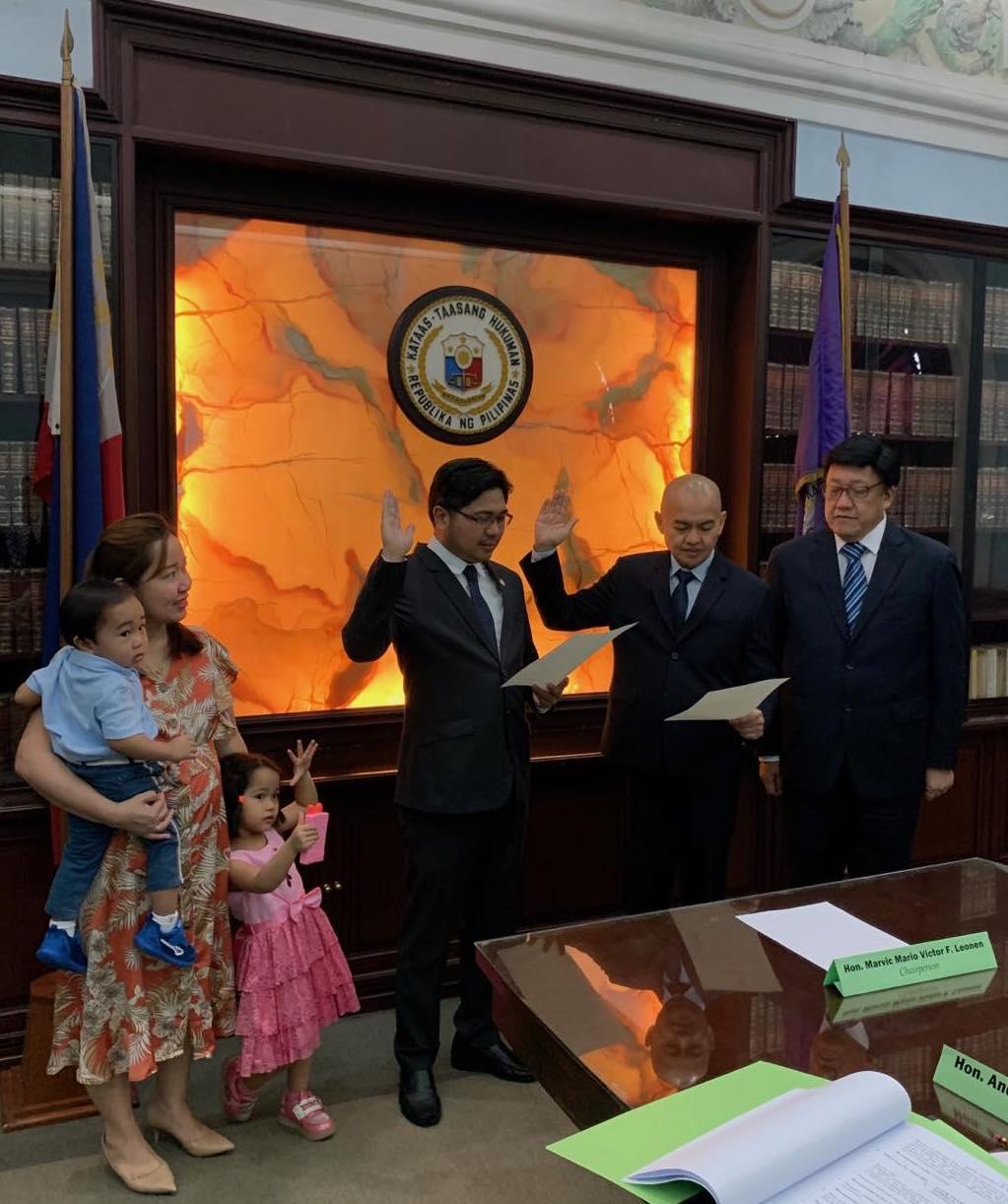 Kabayan party-list Rep. Ron Salo takes his oath as a newly-elected member of the House of Representatives Electoral Tribunal

The House also chose him to lead the six-person contingent of lawmakers in the HRET.

He took his oath before Associate Justice Marvic Leonen, who is the chairperson of the HRET, at the Supreme Court.

HRET serves as the sole judge of all contests relating to the election, returns, and qualifications of House members.

It consists of nine members, three of whom come from the Supreme Court while the rest are members of the lower chamber of Congress. 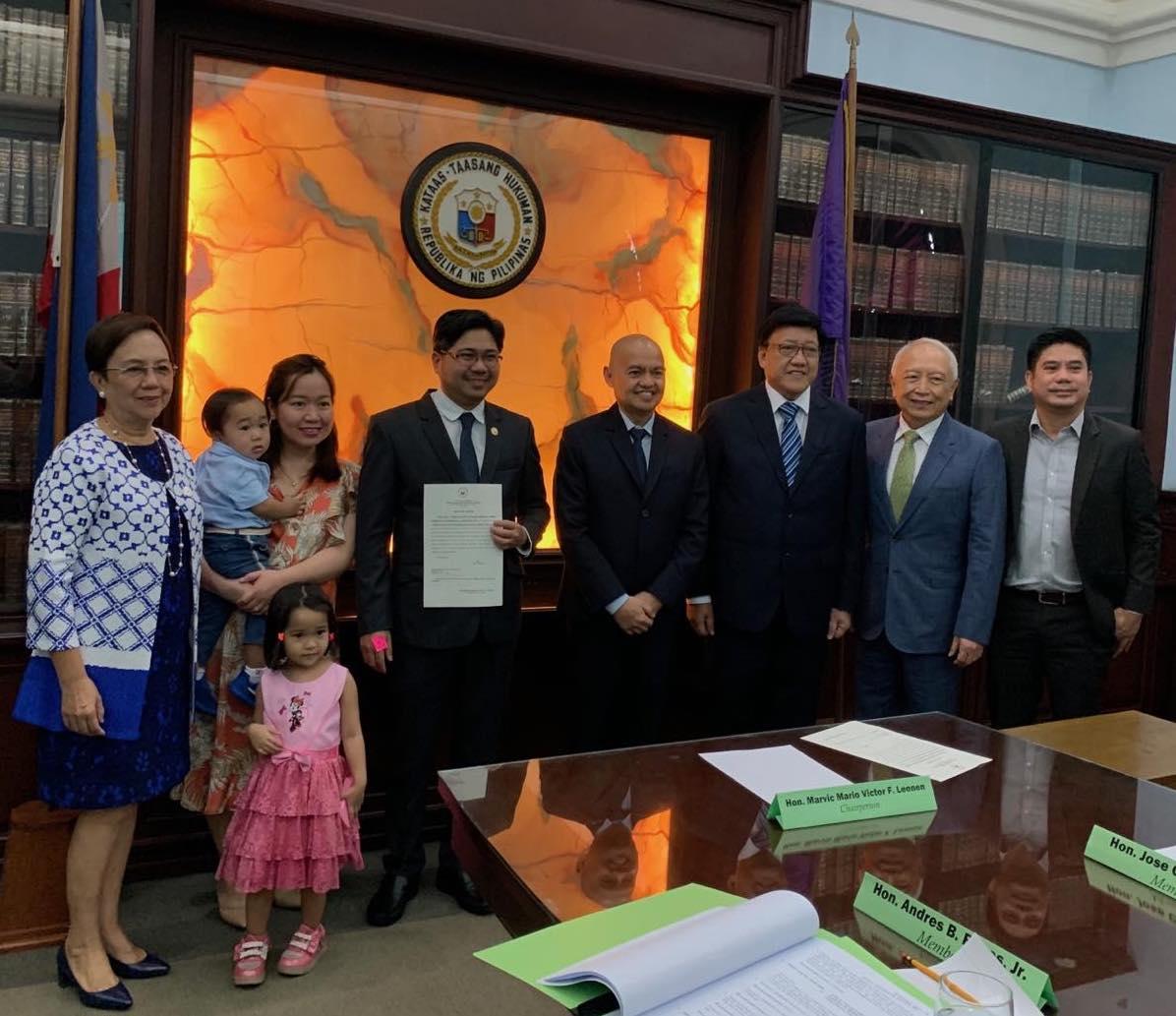