PNP personnel hold mass for Gamboa, 7 others after chopper crash 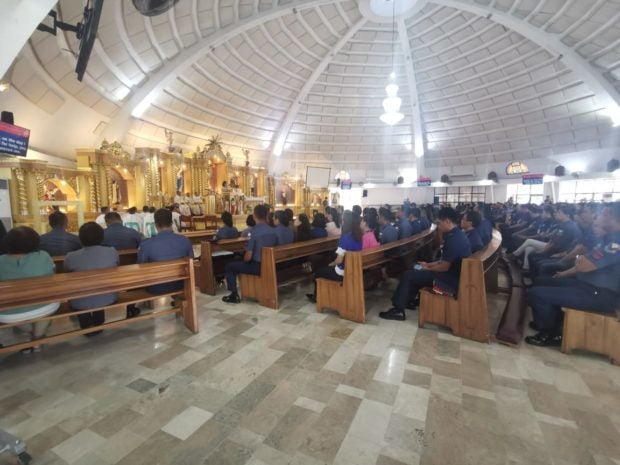 MANILA, Philippines — The personnel of the Philippine National Police (PNP) on Thursday hold mass for their chief, Gen. Archie Gamboa, and seven others, who figured in a helicopter crash on their way to Camp Vicente Lim in Laguna.

The PNP chief is now in stable condition and was transferred to a hospital in Bonifacio Global City, Taguig.

Some members of the 205,000 police force joined the mass held at the St. Joseph Chapel inside the PNP base in Camp Crame, Quezon City.

The accident, according to NCRPO regional chaplain PCol. Jaime Seriña III said, served as a reminder that the lives of the PNP personnel are also “vulnerable.”

“Anytime, things (can) happen in a moment. We thought walang mangyayari (nothing will happen), pero it happened,” Seriña said.

“This expresses our commitment that no matter what happens, no matter how dangerous (our work) is at hand, we have to answer. So with this, we are one, we are all united,” he added about the mass.