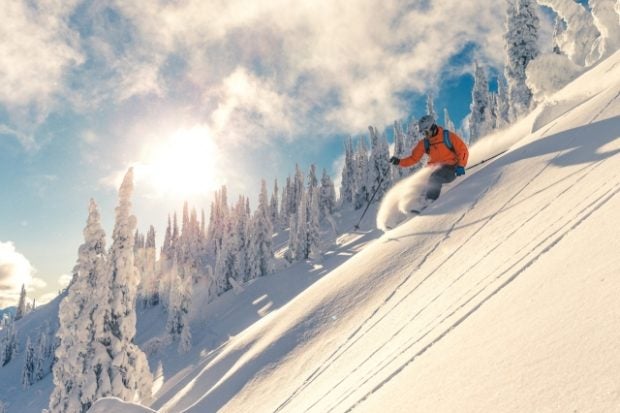 Unusual in places that are wild about winter sports, capitals like Oslo, Stockholm and Helsinki saw little to no snow in January. Image: istock.com/ZargonDesign

Northern European countries known for skiing and other snowy pursuits are poised to record one of the warmest winters ever after weeks of unseasonably high temperatures.

In Sweden’s capital Stockholm, cherry trees bloomed in January as much of the country recorded temperatures six to seven degrees Celsius higher than normal since December.

“It is the warmest winter in recorded history in southern and central Sweden,” the Swedish Meteorological and Hydrological Institute (SMHI) said in a statement to AFP.

Some companies have practically given away ski suits, bonnets and other winter attire well before the season ends.

In Uppsala, about 70 kilometers north of Stockholm, this is the warmest winter since 1722, or nearly 300 years.

Across the border in Finland, more than half of the country recorded the mildest January ever. Temperatures were seven to eight degrees higher than average, the country’s meteorological institute said.

Norway experienced its mildest winter since record-keeping began in 1900. Temperatures exceeded the seasonal norm by 4.5 degrees.

The same goes for Denmark, the southernmost country in the region. Winter, which officially ended on the last day of February, saw temperatures that were five degrees above normal.

“If this winter remains etched in the collective memory, it will be as the winter which never arrived,” said Mikael Scharling, of the Danish Meteorological Institue.

Unusual in places that are wild about winter sports, capitals like Oslo, Stockholm and Helsinki saw little to no snow in January.

“We have just experienced the first Jan-Feb period on record without any measurable snow in Helsinki,” said Mika Rantanen, of the Finnish Meteorological Institute.

“I think that is quite extraordinary,” Rantanen said.

A figurehead in the campaign against climate change, Swedish teenager Greta Thunberg has taken to Twitter to voice her concerns.

It has also been one of the wettest winters across northern Europe.

“The worst flooding is in the southwest parts of Sweden, where a lot of [farmland]… is soaked in water,” said Ulf Wallin, spokesman for Sweden’s agriculture federation LRF.

“For many farmers the autumn sowing of winter wheat has been destroyed,” Wallin said.

“The warm winter can leach the soil and we even have seen plants begin to bloom that we never seen so early before.”

If the situation improves, the LRF expects to see normal crop yields for 2020 but still lower than those in 2019.

In Denmark, floods today threaten nearly half a million buildings across the country and much farmland but exact figures have yet to be tallied. NVG

Read Next
7 drug suspects nabbed in Olongapo, Subic
EDITORS' PICK
Acer starts the year off strong with the Aspire Vero National Geographic Edition
The best of bayside and city living at SMDC’s Sail Residences
EDITORIAL: Protecting the polls’ integrity
COVID-19 virus spread slowing down in Metro Manila, says OCTA Research
Over 3 Million worth of prizes to be won at Smart Padala’s SENDali Manalo Promo!
Comelec junks petition to scrap Bongbong Marcos COC
MOST READ
In Batanes, octogenarian dies of COVID-19
Drug lord Espinosa tried to escape through air vent at detention facility – NBI
When to get boosters after positive COVID test
Marcos Jr. visits Cebu, stands as ‘ninong’ to mayor’s son
Don't miss out on the latest news and information.