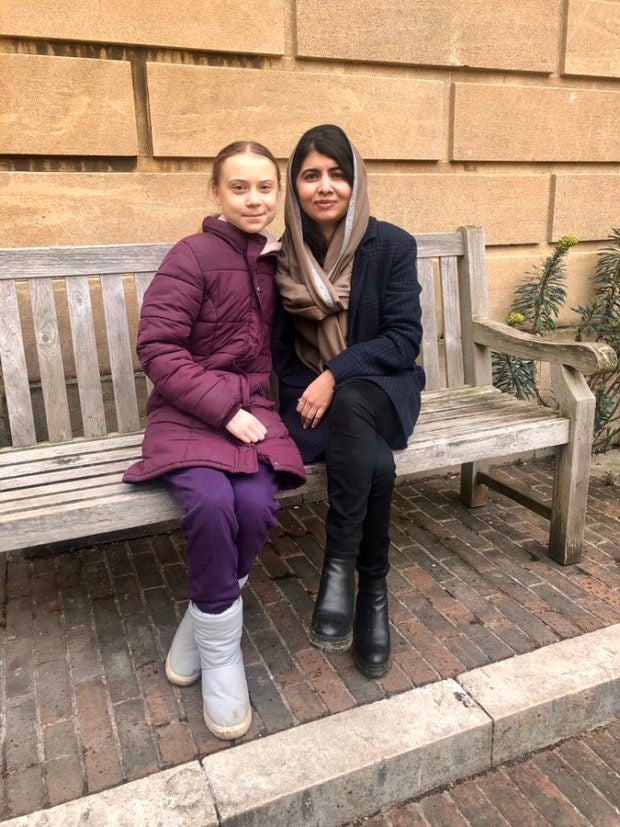 The two world-renowned trailblazers gave a glimpse of their meeting to supporters all over the world through their social media accounts earlier today, Feb. 26.

“So… today I met my role model. What else can I say? @malala,” the 17-year-old Swede said on Instagram.

FEATURED STORIES
NEWSINFO
Lagman scorecard: It’s 8-0 sweep in favor of ABS-CBN’s franchise
NEWSINFO
Ressa: Duterte could be ‘seeing too much fraud from where he sits’
NEWSINFO
COVID-19 count crosses 50,000 mark with highest single-day spike in fresh cases
View this post on Instagram

So… today I met my role model. What else can I say? @malala

Yousafzai meanwhile took to Twitter to post a photo of them together and said: “She’s the only friend I’d skip school for.”

She’s the only friend I’d skip school for. pic.twitter.com/uP0vwF2U3K

The 22-year-old Pakistani activist is currently studying politics, philosophy and economics at the said university. Thunberg meanwhile is in the U.K. to join a school strike in Bristol.

The two talked about their activism at Oxford’s Lady Margaret Hall, where Yousafzai goes to, as per The Guardian yesterday, Feb. 25. Thunberg also gave a talk to Oxford students about climate activism, according to principal Alan Rusbridger.

“Honoured to host @gretathunberg at @lmhoxford today. [G]rateful she found time to talk to some of our students about science, voting, the limits of protest, divestment, real zero v net zero, and much more,” he said on Twitter earlier today.

Honoured to host @gretathunberg at @lmhoxford today. grateful she found time to talk to some of our students about science, voting, the limits of protest, divestment, real zero v net zero, and much more pic.twitter.com/FjcNEQDTci

Although fighting for different causes, Thunberg and Yousafzai have gained international recognition for both their bravery and efforts in the fight for their respective causes at such young ages.

Thunberg, then 15 years old, started activism on the climate crisis in August 2018 by skipping school to protest alone in front of Sweden’s parliament on Fridays.

She has since been recognized for her “Fridays for Future” movement and was named Time’s youngest “Person of the Year“. She has received Amnesty International’s “Ambassadors of Conscience” award, among others.

The teen has also had two consecutive (2019 and 2020) Nobel Peace Prize nominations, and has previously declined an environmental award bestowed by the Nordic Council, saying people need to listen to science and that the climate movement does not need more awards.

Yousafzai meanwhile rose to international fame after being shot in the head by the Taliban — and surviving the injury — for protesting for women’s and children’s rights to education.

In 2014, the Pakistani activist, then aged 17, became the youngest person ever to receive a Nobel Peace Prize. She was the co-recipient of Indian rights activist Kailash Satyarthi for the accolade.

Yousafzai then went on to write the internationally-acclaimed autobiography “I Am Malala: The Story of the Girl Who Stood Up for Education and was Shot by the Taliban” and has helped build a school in Lebanon for female Syrian refugees in 2018. The establishment of the school was funded by the Malala Fund, which Yousafzai co-founded. NVG