Countries affected by the coronavirus and the restrictions that apply 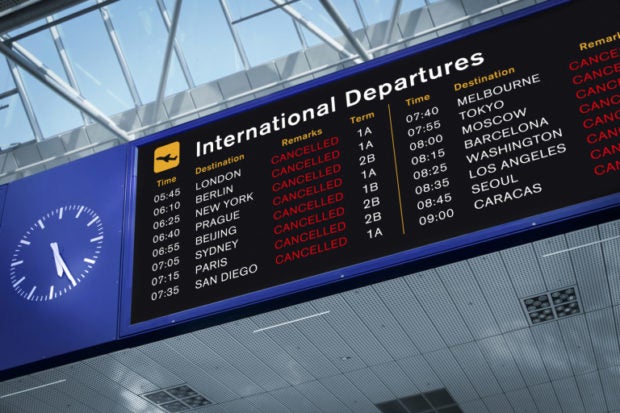 France has just reported its fourth coronavirus death, while Germany announced a sharp rise in the number of cases last weekend. According to the latest United Nations figures, COVID-19 has now caused more than 3,000 deaths worldwide.

The epidemic is of great concern to travelers who need accurate information on what to expect before packing their bags. Here is an overview of affected countries and the restrictions they have put in place.

America has imposed travel restrictions on anyone who has visited Iran in the past 14 days. Residents who have left the country to return home to the U.S. must complete health checks and obtain a pass on arrival at the airport, while Canada has put a similar policy into place for travelers from Iran. Additional questions have been added to the immigration form that travelers to the U.S. must complete on landing. Anyone with respiratory infection symptoms who has visited or traveled through China is now subject to a 14-day quarantine period. This rule does not apply to Hong Kong, Macao and Taiwan. At the same time, American authorities led by Donald Trump have recommended that U.S. nationals avoid travel to Italy and South Korea.

After Italy, France now has the second largest outbreak of COVID-19 in Europe. The French Foreign Ministry is now recommending that wherever possible people should postpone trips and holidays abroad. All school trips have also been cancelled. Furthermore, the Ministry of Foreign Affairs has formally advised against travelling to the Wuhan region in China, Iran, and to the Italian regions of Lombardy, Veneto and Emilia-Romagna.

Air links to and from China have been suspended and all tourists arriving in Italy are systematically subjected to temperature checks. At the same time, restrictions have been introduced in the towns of Codogno, Casalpusterlengo, Castiglione d’Adda, Maleo, Fombio, Bertonico, Castelgerundo, Somaglia, San Fiorano, Terranova dei Passerini and Vo Euganeo. Public transport to these municipalities has also been suspended.

Chinese authorities are formally advising against traveling to the province of Hubei and its capital Wuhan, where the coronavirus epidemic began. Other governments are strongly advising their citizens to avoid traveling anywhere in China except for urgent reasons. Moreover, travelers landing in Beijing are subject to a quarantine period of 14 days, unless they arrive from Chinese provinces other than Hubei. Visitors arriving in Beijing’s international airports who have not been in China in the previous 14 days are being allowed to pass through by authorities.

Travel to South Korea, where cases of COVID-19 have been reported in Daegu City and North Gyeongsang Province, is strongly discouraged. The alert level in the country is at its highest. Following the example of the Louvre in Paris, several museums in the East Asian republic have been closed. At the same time, Korean authorities are no longer allowing non-Korean travelers to enter the country if they have been in China’s Hubei province in the past 14 days.

Australian authorities are planning to refuse entry to anyone who has visited or transited through China in the past 14 days. Australians themselves who have traveled to the Middle Kingdom are obliged to observe a period of isolation.

Measures have been put in place at London’s Heathrow Airport to inform passengers traveling to and from China. As nationals from a country affected by the virus, the British, like other European travelers, are banned from landing on certain Pacific islands.

Travelers arriving from coronavirus-infected areas must complete a declaration form before entering Germany. The forms, which are being distributed on flights to the country, notably pose questions about passengers’ health status. Last weekend, the number of cases in Germany almost doubled. More than half were detected in the region of North Rhine-Westphalia.

Finally, The Guardian reports that people who have been on holiday in Italy in the last 14 days are strictly forbidden from landing in Aruba, the Cook Islands, Fiji, Israel, Jordan, Lebanon, Mauritius, Mongolia, St. Lucia and the Seychelles. JB

Man locks wife in bathroom thinking she has COVID-19