The impatience of being idle: China’s factory workers chafe under quarantine 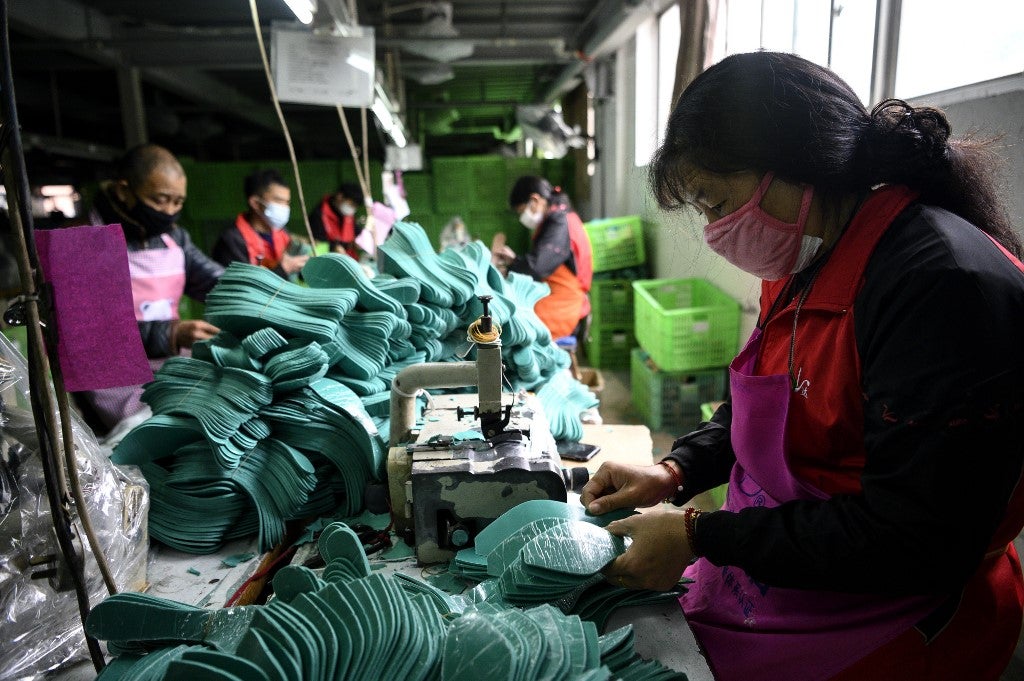 BEIJING — China’s coronavirus epidemic turned a Lunar New Year family reunion into an enforced quarantine for factory worker Hu Aihua, trapping him at home and preventing him from returning to his job.

He is one of China’s 290 million rural migrant workers and many like him are mired in uncertainty, confined to their homes since late January, worried about a prolonged absence from work.

As new infections fall nationwide, authorities are encouraging companies to get back to work, with some local governments even chartering buses, trains and planes to pick up employees.

But many remain stranded.

Hu, for one, cannot leave his family’s house in Dayan Township in central Hubei province, the virus epicentre that has been under virtual lockdown since late January.

He and his family can only buy necessities on designated days by giving orders over the phone to a community representative, he told AFP.

“The choice of goods is much more limited… And it’s harder to buy things like English books for my child,” added Hu, 39, whose 10-year-old son is now taking classes online.

He worries about his prospects if the quarantine is not lifted soon.

“I still receive a full salary now, but it can’t go on forever… If our boss lacks income, he won’t be able to pay for so many workers.”

As China reeled under the virus that has now killed more than 2,900 and infected some 80,000 nationwide, online searches for “unemployment” and “layoffs” spiked from January to February, noted Nomura economist Lu Ting.

He estimates China’s business resumption rate to be around 45 percent, if sectors like government, finance, healthcare and residential utilities are excluded.

Only about half of the 600 or so workers at Hu’s employer, Jiangxi Jieneng Group, have resumed work owing to difficulties returning from outside the province.

But this does not mean lower expenses.

“There are overheads we have to pay… such as water, electricity and workers’ salaries,” said general manager Xu Hang.

The cost price of non-woven cloth, which the manufacturer uses in the hygiene products it makes, has risen 10 percent.

It also set aside resources for a new mask production line in the battle against the virus.

Even some workers outside Hubei are finding it hard to return to their jobs.

Factory worker Liu Zhishuang, 28, has been cooped up at home with his family in eastern Anhui province for almost a month.

“We can’t leave,” he said. “Public transport and railways are not operating.”

Since early February, only one person from his family has been allowed to leave their home at a time — and that for only two hours every two days.

Zhang Hongwu, 29, who returned to visit his family in Henan province has been unable to return to his job near Shanghai due to travel restrictions.

“I won’t be going back (to the company),” he told AFP, adding that he is now looking for work in another city, where restrictions are not as tight.

Some companies have offered cash incentives to lure local hires, with iPhone-maker Foxconn offering local applicants in Sichuan province a bonus of 3,750 yuan ($540).

Hu’s employer is offering 20 percent more in cash incentives, with up to 2,000 yuan for successful referrals.

Authorities in the eastern city of Hangzhou paid to send trains to go and pick up workers, while Jiashan county’s government forked out for chartered flights, according to state media CCTV.

Not everyone, however, can marshal such resources.

Shi Minxin, general manager at Haojun Automation Equipment Technology east of Shanghai said with public transport disrupted, some staff had to drive themselves back to work.

When they arrive, they must self-quarantine for several days, Shi added.

Sales at his firm have fallen 80 percent because of the epidemic.

He is not alone: China’s manufacturing activity fell to its lowest level on record in February.

While the company — which makes moulds — has resumed 80 percent of production since resuming work in February, it has been a slow recovery.

Shi expects operations will only return to normal — at about 95 percent capacity — by March 10.

For workers like Liu in Anhui back to normal can’t come quickly enough.

“There’s nothing at home except weight-gain.”