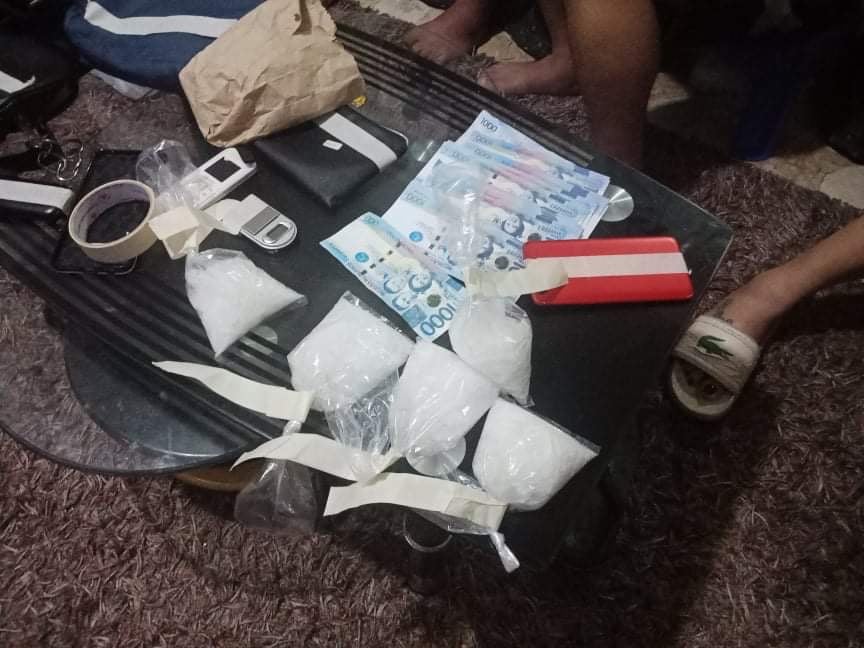 Policemen gather the pieces of evidence, including the P3.4-million worth of shabu or crystal meth, confiscated from five drug suspects in Pasay. Photo from NCRPO PIO

In a report from the National Capital Region Police Office, the suspects were identified as Erwin Peredo, 29; Jairabelle Arandia, 24; Domingo Maglaque, 46; Carolina Peredo, 50; and Jericson Arandia, 20.

The suspects are detained at the QC police station 4 while charges for violation of Comprehensive Dangerous Drugs Act of 2002 are being readied against them.