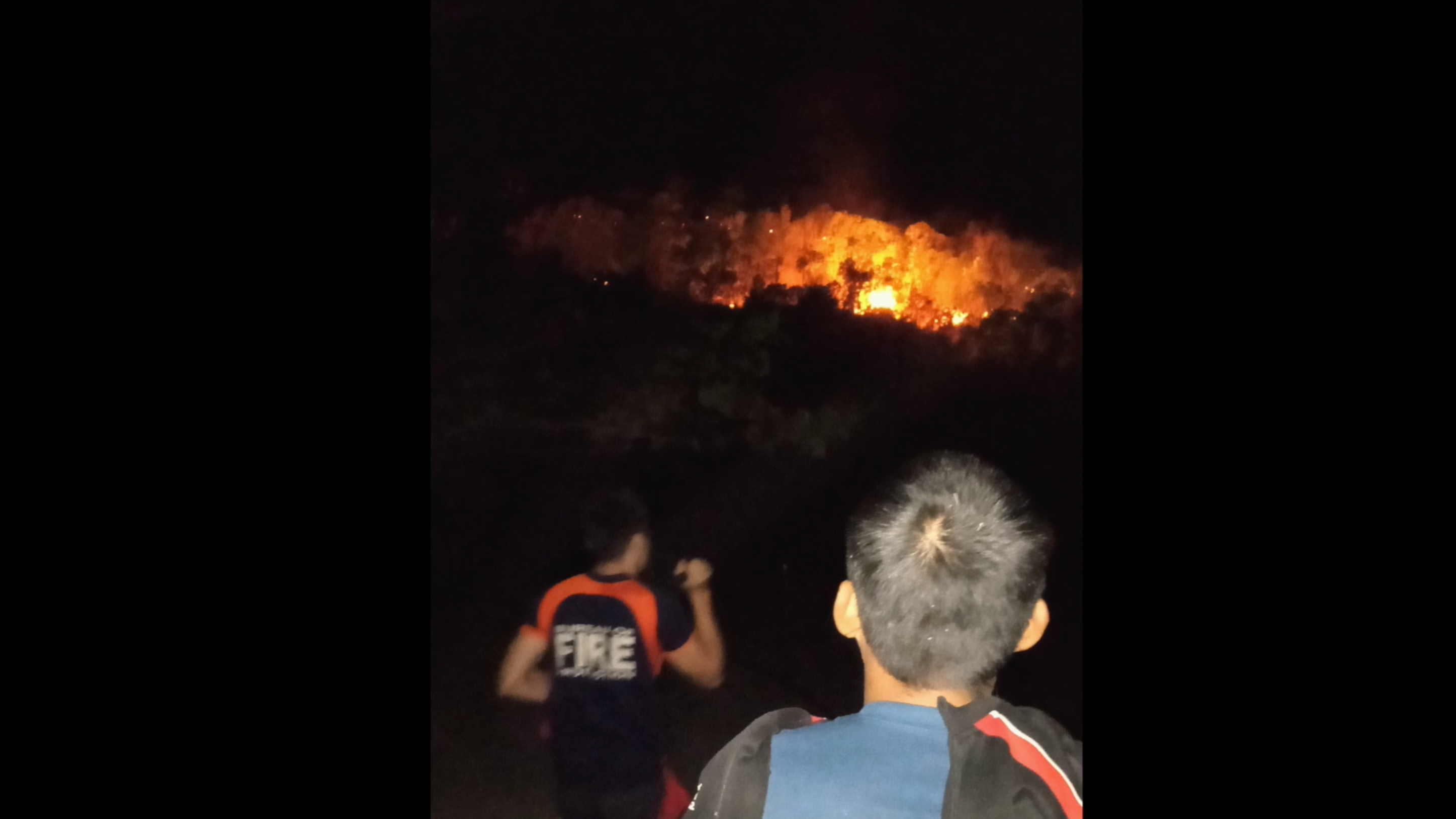 A fire razes part of a mountain that straddles Barangay Pundaquit in San Antonio town in Zambales province. No one was hurt in the blaze. Photo from San Antonio Breau of Fire Protection

SAN ANTONIO, Zambales—A fire razed a mountain terrain here but spared a reforestation project area of the government, an official of the Department of Environment and Natural Resources (DENR) said on Tuesday.

Pundaquit and this town are known for beaches and coves that draw tourists, especially during summer.

Senior Fire Officer 1 Sherwine John Liwag of the local fire department said the fire began at 12:30 a.m. on Friday and was put out around 4:30 a.m. on the same day.

No one was hurt in the incident, Liwag told the Inquirer by phone.

He said the cause of the fire has yet to be determined.

Villagers said a series of forest fires had been observed here since January, although the DENR said it has yet to receive an official report.