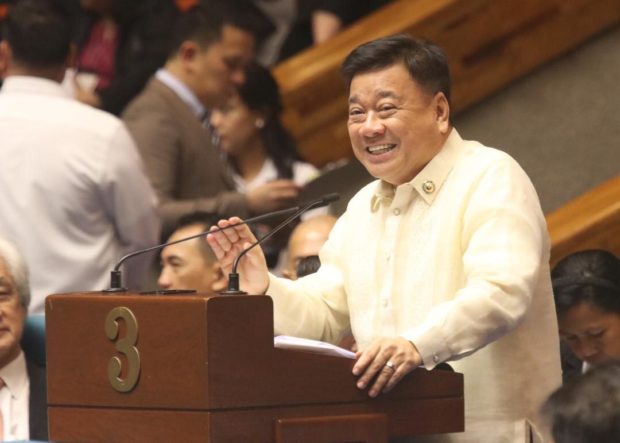 MANILA, Philippines — The Hugpong ng Pagbabago (HNP) on Tuesday condemned the ouster of Davao Rep. Isidro Ungab as chairman of the House of Representatives’ committee on appropriations, calling the move “grossly unacceptable.”

The HNP, founded by presidential daughter and Davao City Mayor Sara Duterte-Carpio, said that the move was “disadvantageous” to the agenda being pushed by the Duterte administration.

“For HNP, the ouster of Ungab was grossly unacceptable as it is disadvantageous to the Duterte administration’s reform agenda for the Filipino people and the country,” the HNP said in a statement.

“We laud him [Ungab] for being a good soldier of President Rodrigo Duterte and for doing his job with pride and principle,” the political organization added.

Ungab was replaced by ACT-CIS party-list Rep. Eric Yap after the House majority moved for the former’s replacement during Monday’s House session.

The replacement came a few days after rumors of an alleged plot to oust Speaker Alan Peter Cayetano as House top leader had surfaced.

Ungab said that he has already accepted the decision to replace him.

“I believe that the only guide to a man is his conscience, and the truth will always prevail no matter what. I have served my country and people well to the utmost of my ability. I accept my fate and so be it,” Ungab said.