China’s crisis wanes as epidemic takes hold in US, elsewhere 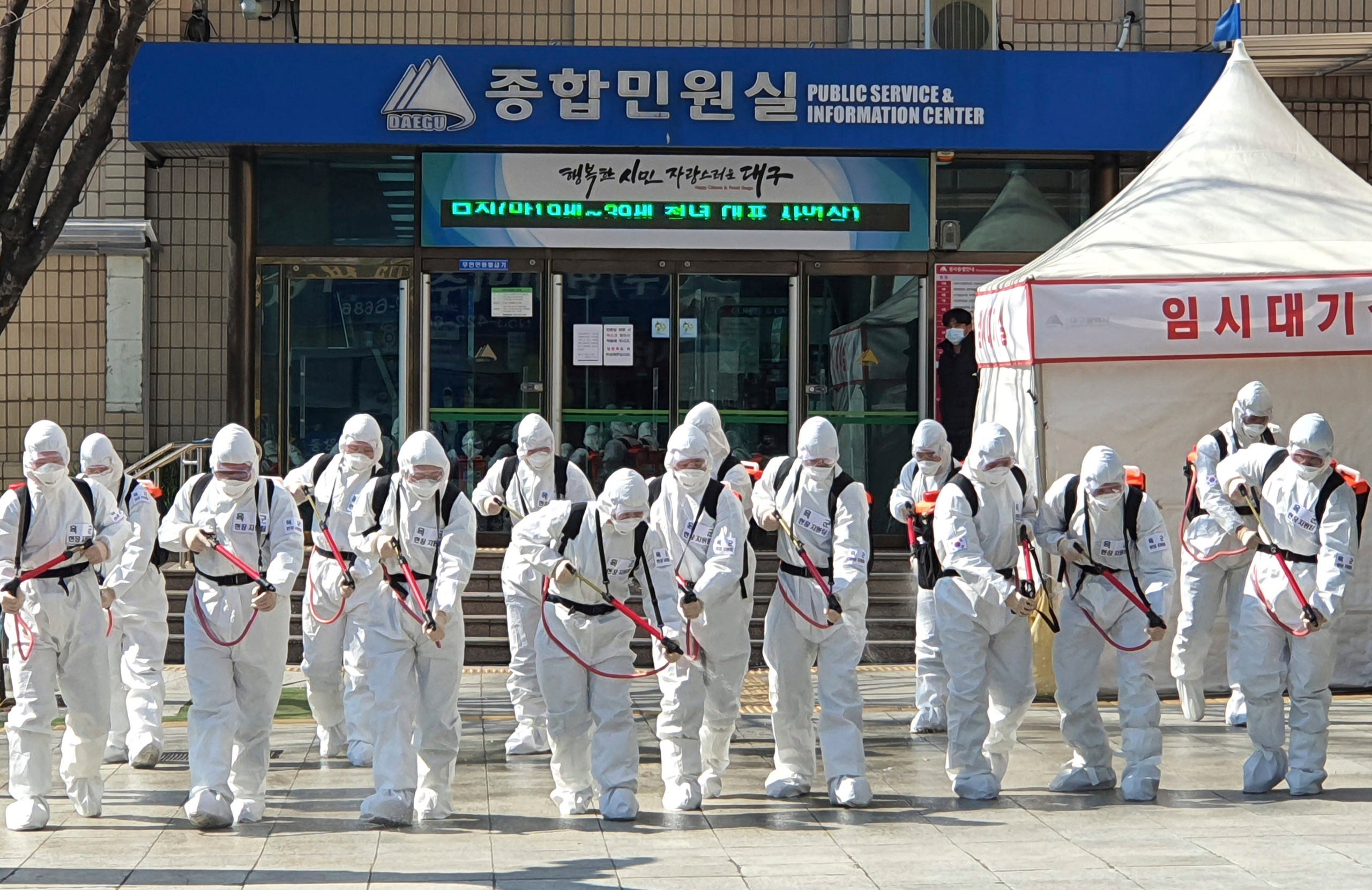 BEIJING  — China’s coronavirus caseload continued to wane Tuesday even as the epidemic took a firmer hold beyond Asia, with three countries now exceeding 1,000 cases and the U.S. reporting its sixth death.

The health ministry announced just 125 new cases detected over the past 24 hours, China’s lowest number since Jan. 20. Another 31 deaths were reported, all of them in the hardest-hit province of Hubei. The figures bring China’s total number of cases to 80,151 with 2,943 deaths.

The global shift in the COVID-19 epidemic was apparent with 2,410 recovered patients being released from Hubei’s hospitals and treatment centers, many of them hastily built over recent weeks to cope with the thousands of people sickened by the virus. But new infections outside China were far surpassing its totals.

Clusters of disease grew in South Korea, Italy and Iran, and the virus has turned up for the first time in New York, Moscow and Berlin, as well as Latvia, Indonesia, Morocco, Tunisia, Senegal, Jordan and Portugal. The worldwide death toll topped 3,000, and the number of cases tops 89,000 in about 70 countries.

Global health officials sought to reassure the public that the virus remains a manageable threat.

“Containment is feasible and must remain the top priority for all countries,” WHO chief Tedros Adhanom Ghebreyesus said.

Around the world, the crisis reshaped the daily routines of millions of people.

School children in Japan stayed home with schools closed until April. Israelis in quarantine used special booths to vote in national elections. Germany’s Chancellor Angela Merkel was rebuffed by her interior minister when she extended her hand to greet him. And the United Nations postponed a major conference on women that had been expected to bring up to 12,000 people from its 193 member countries to New York next week.

The Organization for Economic Cooperation and Development warned that the world economy could contract this quarter for the first time since the international financial crisis more than a decade ago. “Global economic prospects remain subdued and very uncertain,” it said.

Nevertheless, the  Dow Jones Industrial Average soared nearly 1,300 points, or 5%, as stocks roared back from a seven-day rout on hopes that central banks will take action to shield the global economy from the effects of the outbreak. Finance ministers and bank leaders from the Group of Seven major industrial countries said they will confer by phone Tuesday to discuss an economic response.

Health officials in Washington state, where a particularly troubling cluster of cases surfaced at a nursing home outside Seattle, said four more people had died from the coronavirus, bringing the number of deaths in the U.S. to six, all in Washington. New cases were also reported in New Hampshire and New York.

In Seattle, King County Executive Dow Constantine declared an emergency and said the county is buying a hotel to be used as a hospital for patients who need to be isolated.

“We have moved to a new stage in the fight,” he said.

Over 100 cases have been confirmed in the U.S. More are likely with thousands of test kits going to state and local labs and new guidelines to expand screening.

“In this situation, the facts defeat fear. Because the reality is reassuring. It is deep-breath time,” New York Gov. Andrew Cuomo said.

The message was echoed by global health officials, who said they were encouraged that even in some countries that had taken far less aggressive measures than China’s to contain the spread, the virus remains largely in check.

Because the virus is not transmitted as easily as the flu, “it offers us a glimmer … that this virus can be suppressed and contained,” said Dr. Mike Ryan, the WHO’s emergency chief.

China in January imposed a virtual lockdown around Hubei’s capital, Wuhan, where the illness was first detected in December and which has been the epicenter of the outbreak. Many countries have canceled or curbed public events and discouraged travel to virus hotspots, but quarantines and similar restrictions have been on smaller scales, focused on those directly exposed.

The worst-hit places outside China were South Korea, Iran, and Italy. South Korea on Tuesday reported 477 new cases, bringing its totals to 4,812 with 28 deaths. Most are in the southeastern city of Daegu and neighboring towns.

In Iran, a confidant of Iran’s supreme leader died from the virus. The Islamic Republic confirmed 1,501 cases and 66 deaths, but many believe the true number is larger. Its reported caseload surged more than 250% in just 24 hours.

Italy’s caseload rose to 2,036, including 52 deaths. Officials said it could take up to two weeks before they know whether measures including quarantining 11 towns in northern Italy are slowing the spread of the virus.