MANILA, Philippines — Ecotourism and conservation site Masungi Georeserve on Monday appealed for swift action from the Department of Environment and Natural Resources (DENR), after a quarry company had fenced off at least 500 hectares of government forestland that was being prepared for reforestation.

On Friday last week, Masungi Georeserve Foundation, the governing body for the project, sent an “urgent appeal for help” to Environment Secretary Roy Cimatu, seeking his action to stop the fencing, which had already cordoned off a quarter of the 2,000 ha reserved for Masungi’s conservation work.

The DENR had yet to act on the matter, Billie Dumaliang, the foundation’s managing trustee and advocacy specialist, said on Monday.

“We’re hoping for decisive action from the DENR,” she told the Inquirer, noting that if the quarrying operations continue, the project would surely fail. 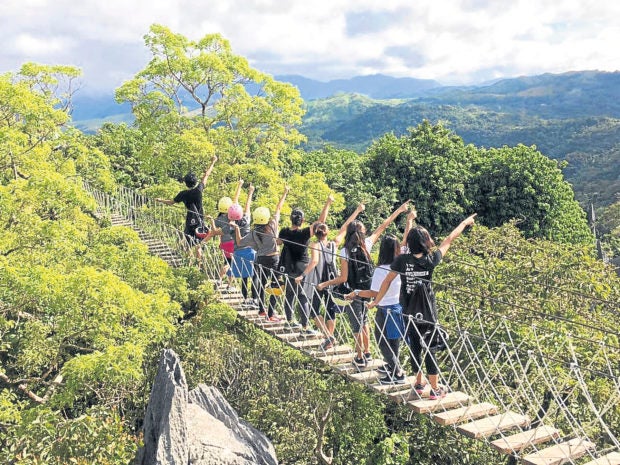 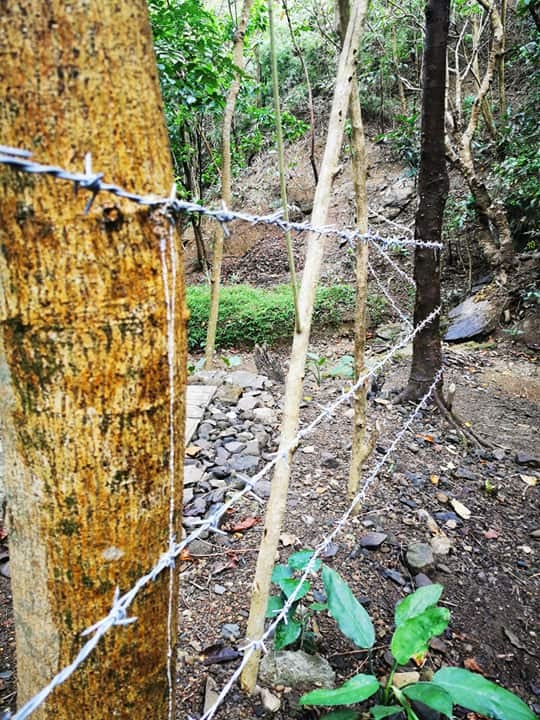 NATURE BATHING A group of tourists communes with nature at Masungi Georeserve in Rizal province. A section of Masungi’s forest land has been fenced off by barbed wire,preventing workers of the foundation guarding the nature reserve to conduct reforestation activities. —CONTRIBUTED PHOTOS

On Feb. 26, a park ranger roving the privately managed conservation area in Baras town, Rizal province, discovered the 100-meter barbed wire fence, effectively cutting off their team from a new area that was being cleaned for reforestation and a new trail.

Dumaliang said more men arrived the following day to reinforce the fence. The group, however, failed to show any permit or document for the activity, saying they were only following orders.

Dumaliang said employees of the company had reportedly threatened Masungi’s workers that they would mobilize members of the Philippine National Police’s Special Action Force to continue cordoning off the area.

Masungi said it was not the first time that it had collided with the company. It said policemen, a few years ago, arrested members of its project team who were protecting the go¬vernment land against real estate speculators and illegal loggers.

The Inquirer had called the company’s office for comment, but had not received a response from any of its officials on Monday.

Wilfredo Moncano, acting director of the DENR’s Mines and Geosciences Bureau, said that to his knowledge, there were no quarrying permits issued for Masungi.

The nature reserve and its surrounding areas, however, were heavily deforested in the 1990s. It was also threatened by land-grabbing activities and large-scale quarrying.

In 1993, the DENR issued Administration Order No. 33, declaring the area as a strict nature reserve and wildlife sanctuary. Under the order, it was declared closed to mining, exploration, development, exploitation and other activities that can adversely impact the habitat.

In 2017, DENR signed an agreement with Masungi Georeserve Foundation to work toward the protection, conservation and sustainable deve¬lopment of the geopark.

Since then, at least 47,000 native trees had been planted in 100 ha of land. The Masungi Georeserve has also become an ecotourism site, featuring several trails for hikers.