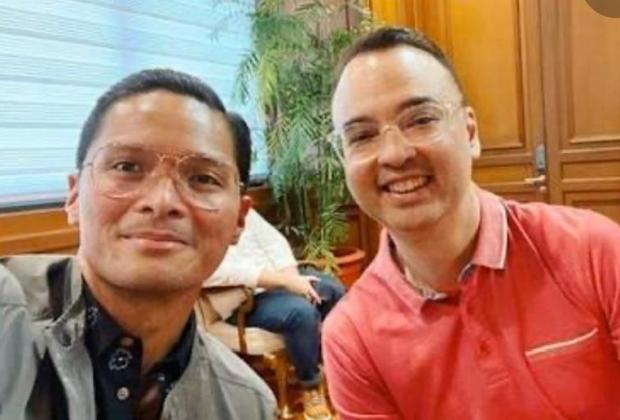 MANILA, Philippines — Cebu 5th District Rep. Vincent Franco “Duke” Frasco said over the weekend that the 48-strong representatives from the Visayas in the House remained fully committed to the leadership of Speaker Alan Peter Cayetano and would continue to support his stand on various national concerns, including the issue involving media network ABS-CBN.

Frasco, who chairs the House Committee on Visayas Development, disputed the claim of former Negros Occidental Rep. Alfredo Benitez that the Visayas bloc would want the Congress to act quickly on the issue involving ABS-CBN’s franchise renewal.

“With due respect to former Cong. Benitez, I can speak as Chairman of the Visayas Development Committee that my fellow Visayas Representatives stand solidly behind Speaker Alan in observing the protocol and courtesy due to our fellow Representatives in the Committee on Franchises before whom the ABS-CBN Franchise matter has been presented,” Frasco said.

“The Visayas bloc remains fully supportive of Speaker Alan, who has demonstrated the kind of leadership, dedication and service to the people that we need to restore the public’s trust and confidence in the House of Representatives,” he went on.

“The Visayas congressmen and women strongly believe that under Speaker Alan, the House has been transformed into a more responsive and more responsible legislative chamber. We will continue to heed the Speaker’s guidance, as we believe that his fair and uncompromising stand on issues such as the ABS-CBN franchise renewal is the appropriate way of handling such concerns,” he added.

Frasco said that, while he respected former Benitez’s personal position that the House should act now on the ABS-CBN issue, he was of the knowledge that the Visayas Representatives recognized the importance of Congress in tackling far more urgent matters — such as ways of mitigating the impact on the economy of the global new coronavirus disease (COVID-19) outbreak.

Cayetano has thumbed down calls pressuring the House to rush its decision on ABS-CBN’s franchise extension, assuring the network that it would continue to operate even with the lapse of its franchise on May 4.

The House, under Cayetano’s leadership, has submitted a letter to the National Telecommunications Commission “enjoining” it to allow ABS-CBN to keep operating beyond May 4 while lawmakers are still deliberating on the bills that would renew its franchise.

The letter to the NTC is consistent with the position of Justice Secretary Menardo Guevarra that Congress may authorize the NTC in granting ABS-CBN the provisional authority to continue operating after the lapse of its franchise.