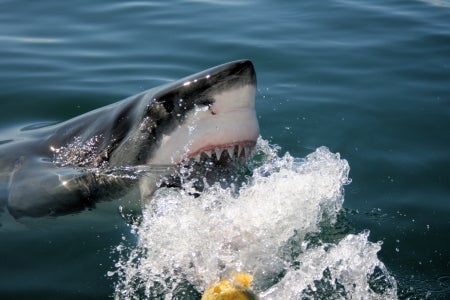 A 60-year-old surfer fought off a Great White shark by repeatedly punching it in the eye after it attacked him on Feb. 22.

Nick Minogue was surfing at Pauanui Beach, New Zealand around 11:30 a.m. when the shark bit his arm and latched on to his surfboard, as per The New Zealand Herald last Sunday, Feb. 23.

The surfer only realized the animal was near him when it had already sunk its teeth into his board. After his initial shock, he immediately recalled that a shark does not like being hit in the eye or nose.

“So I actually shouted at it ‘f*ck off!’ and went to punch it in the eye and missed,” Minogue was quoted as saying.

“Then I pulled my fist back and shouted ‘f*ck off!’ again and got it right smack bang in the eye,” he added. “It’s quite a big eye, about three knuckles across, and it’s eye kind of looked up and rolled up.”

Minogue further said that in between the two punches, the shark “crunched down a bit more on the board and then disengaged its teeth, [then] got its jaws off.” He was thereafter “brushed by the dorsal fin and the tail fin,” and then swam off.

After the attack, Minogue and another surfer at the beach paddled their way back to the shore. According to the report, a “gray shark with a white bottom” bumped him while he tried to get out of the waters. Marine scientists later confirmed that the animal was a Great White shark based on the bite mark left on Minogue’s surfboard and his description.

When Minogue finally reached the beach, he realized he also sustained a wound on his arm from the shark.

“There was blood dripping out the sleeve of my wetsuit. Thankfully it wasn’t too deep,” he said. “Two teeth put holes in my wetsuit but only one punctured the skin.”

The wound was immediately treated by a lifeguard who attended to Minogue once he came ashore. As per report, the beach was closed to the public for two hours after the attack. Ryan Arcadio/JB