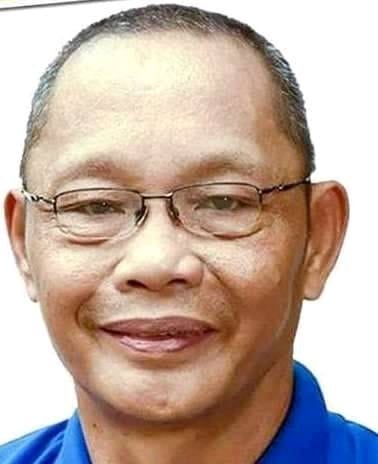 KIDAPAWAN CITY, Cotabato, Philippines — A local court here has issued a warrant for the arrest of an official of Kapa Community Ministry International Inc. (Kapa) over the July 2019 murder of radio journalist Eduardo “Ka Brigada” Dizon.

Judge Diaz issued warrants for the arrest of the three on Sept. 30, 2019. Jacolbe immediately surrendered to the authorities and posted bail, but Tabosares and Poten questioned the warrants, claiming there was no prima facie evidence linking them to the case.

Dizon, a Brigada News FM (BNFM) anchor, had just knocked off from his nightly program and was driving his car to his home when two men riding a motorbike opened fire in Kidapawan, killing him.

Before the attack, Dizon had been tackling a number of controversial issues, including Kapa, which President Duterte ordered closed for supposedly operating an investment scam.

Days before his killing, on July 4, 2019, Dizon and his wife, Madonna, the BNFM station manager, went to the Kidapawan City police to report an alleged death threat made against him by Tabosares.

The couple had told police that between 9 a.m. and 10 a.m. on July 3, Tabosares went on air over another radio station and allegedly challenged Dizon to a duel or a gunfight.

Tabosares denied any role in Dizon’s killing in his public statements.

Joel Egco, executive director of the Presidential Task Force on Media Security, welcomed the issuance of the arrest warrant against Tabosares.

Egco said his office would coordinate with the National Bureau of Investigation and the Philippine National Police for the immediate arrest of Tabusares.

“Tabosares will be dealt with in accordance with our laws. The issuance of a warrant for his arrest is proof of the independence and competence of the judiciary. The wheels of justice maybe slow but it is turning,” he said.

The warrant was issued on Jan. 15 but it was divulged to the media only on Saturday.

Kapa, an alleged pseudo-religious group, has been accused of perpetrating a Ponzi scheme, an investment program that offers impossibly high returns and pays investors using the money contributed by other investors.

In January 2020, the Department of Justice (DOJ) filed charges against Kapa, its founder Joel Apolinario and officers in various courts after being tagged by the Securities and Exchange Commission (SEC) as a perpetrator of investment fraud.

The criminal proceedings stemmed from the complaint filed by the SEC on June 18, 2019, against Kapa for the unauthorized sale or offering for sale or distribution of securities to the general public.

Mr. Duterte also advised the public against patronizing Kapa because the group was engaged in a continuing crime in June 2019. He pointed out that large-scale estafa was nonbailable, warning those involved in the investment scam that they could not escape from the law and ordered the police and the NBI to arrest Kapa officials.

Kapa was enticing the public to invest at least P10,000 in exchange for a 30-percent monthly return for life, without having to do anything other than invest and wait for the payout, based on the SEC’s investigation.

In a filing at Bislig City RTC Branch 29 in Surigao del Sur, the DOJ accused Kapa of “willfully, unlawfully and criminally” engaging in the selling or offering for sale or distribution of securities to the general public without a registration statement duly filed with and approved by the SEC.

The SEC, through the Anti-Money Laundering Council, had obtained a freeze order from the Court of Appeals on June 4, 2019, to preserve assets linked to Kapa.

—With reports from Marielle Medina