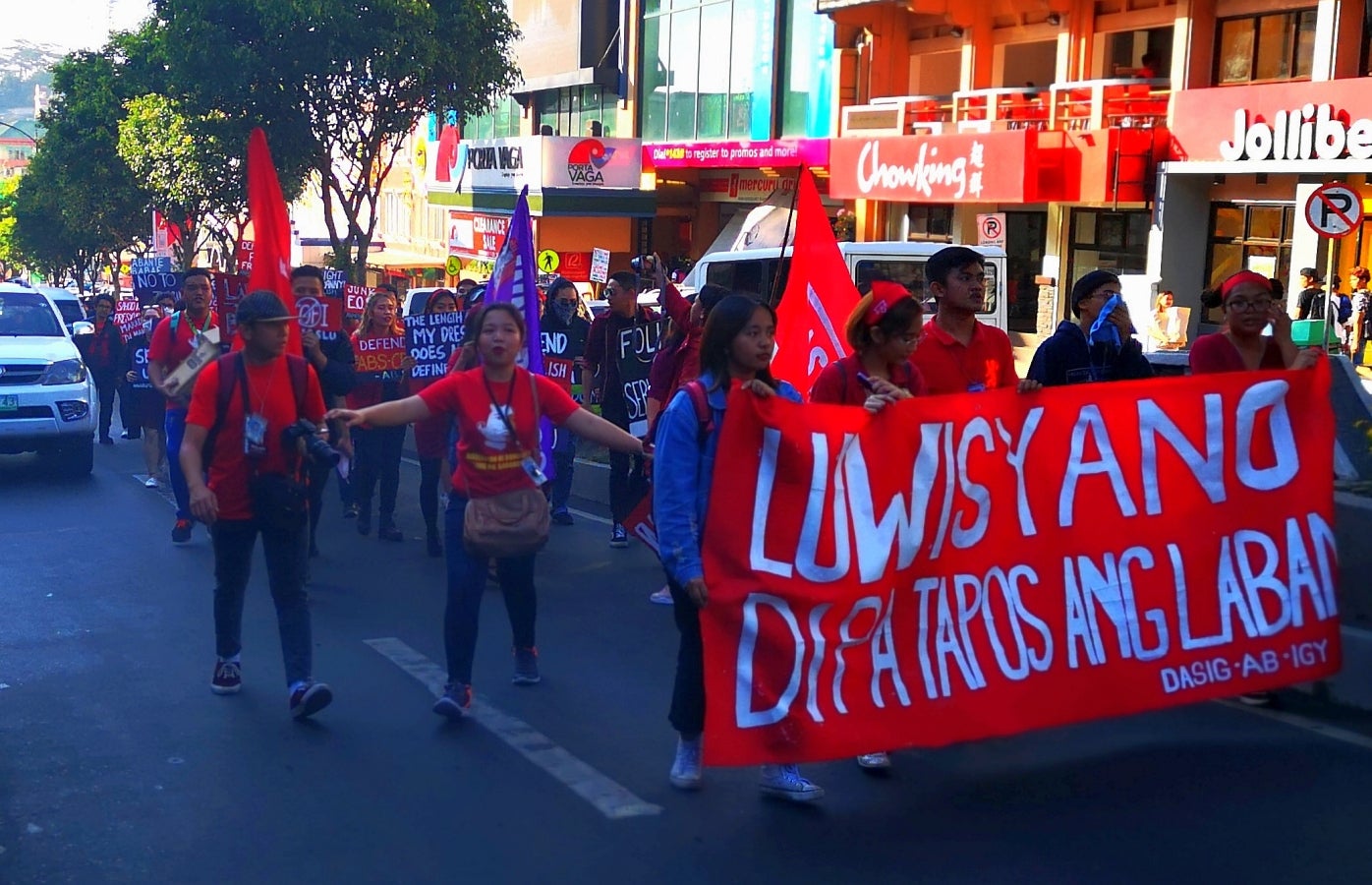 BAGUIO CITY— Asserting that they are “activists, not terrorists,” at least  300 students from the University of the Philippines (UP) Baguio and the Saint Louis University (SLU) on Friday (Feb. 28) protested what they said was government harassment of campus militants and a new round of tuition increase.

The protest march was part of a nationally-coordinated action against unregulated fee increases. UP and SLU held separate rallies at their campuses at 3 p.m. before converging at downtown Session Road.

The students wore red as a symbol of rage against military and police forums held inside high school and university campuses, which label school activists as front organizations of communist rebels.

The march took place a day after the National Union of Students of the Philippines and SLU student leaders submitted a petition at the Cordillera office of the Commission on Higher Education on Thursday (Feb. 27) against new rounds of tuition hike this year.

The petition urged CHED to hold a dialogue on “the loss of reasonableness in these tuition increases,” and asked regulators to once again review the process of setting tuition. 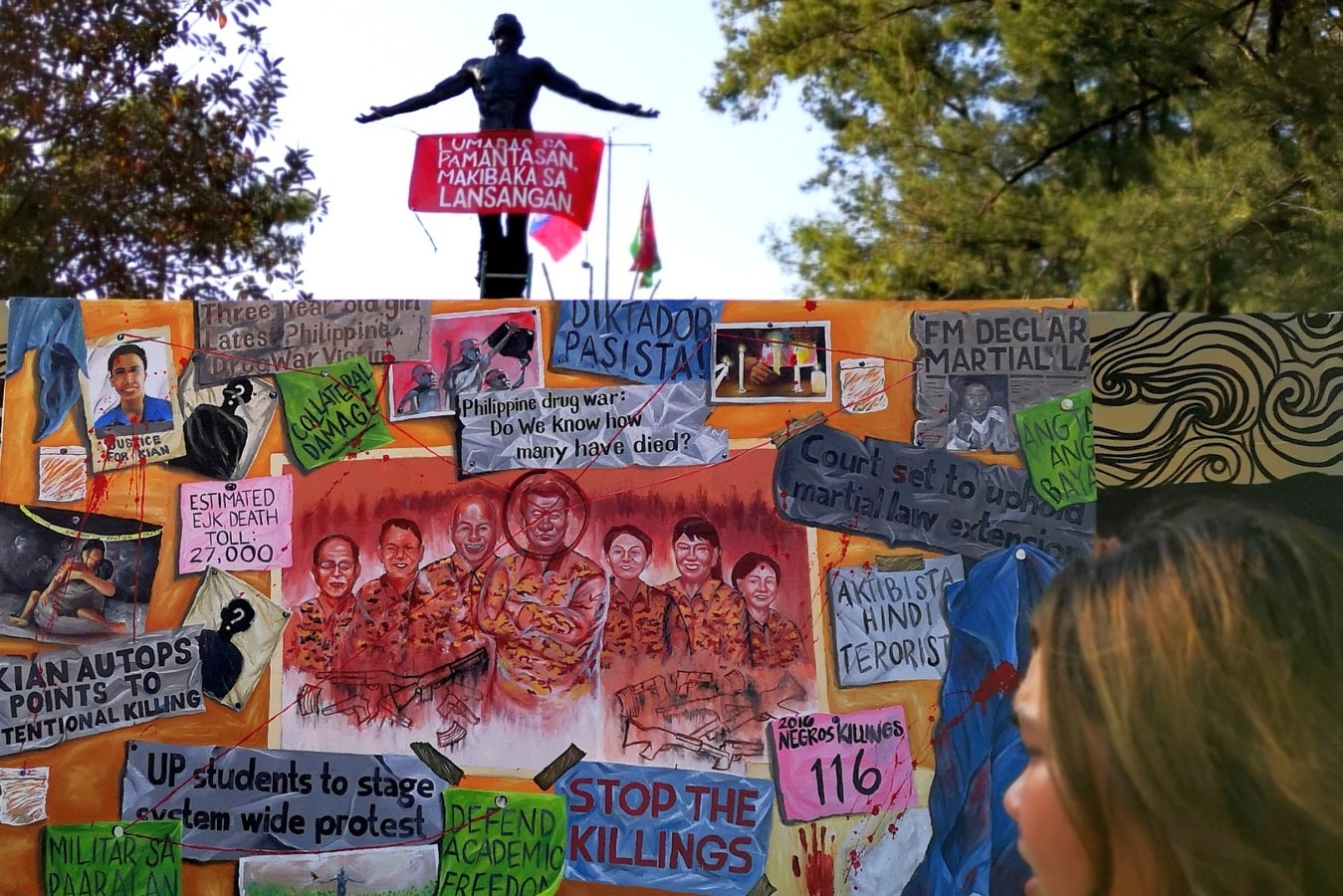