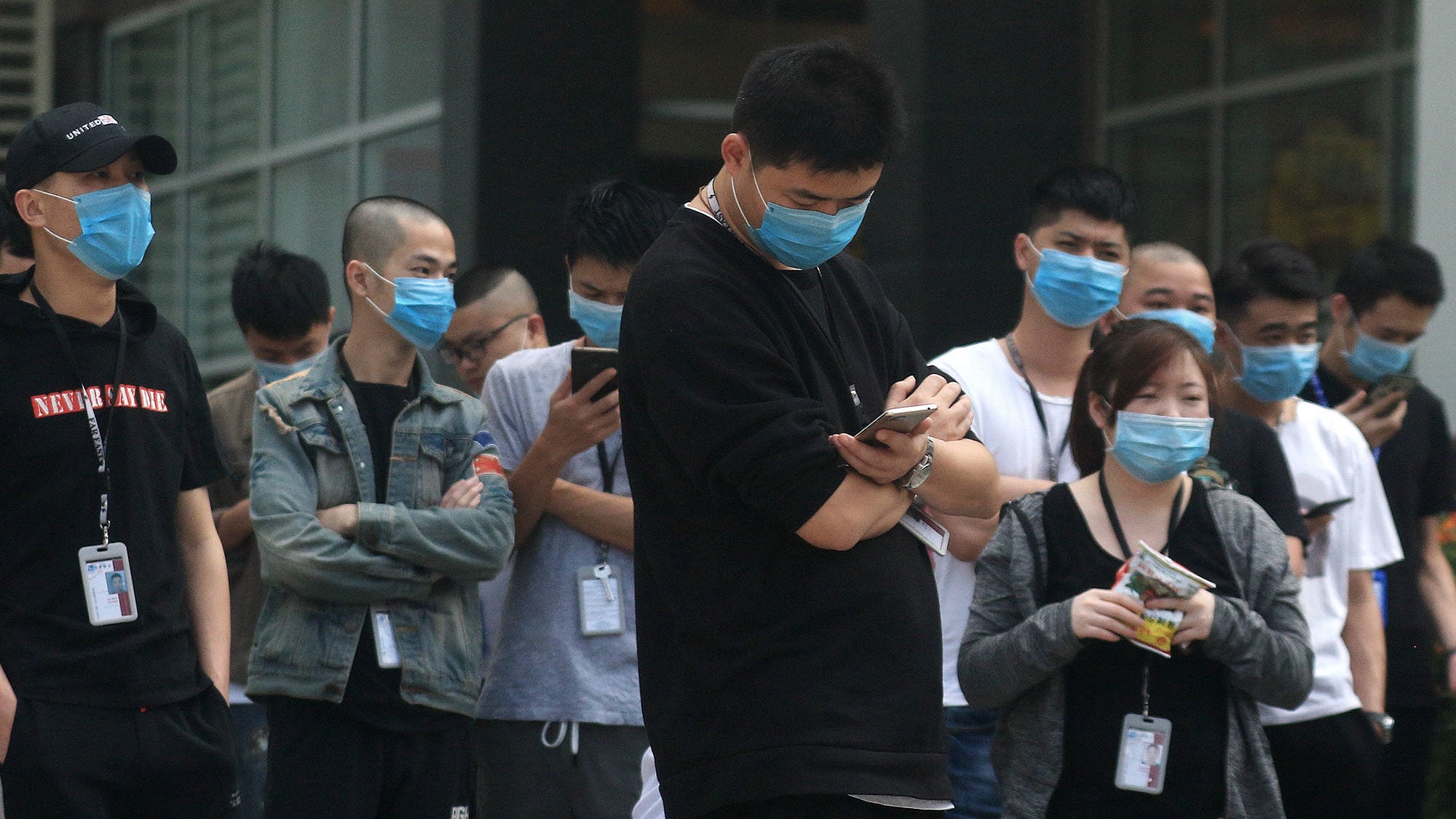 SENT HOME The Philippine Amusement and Gaming Corp. says at least 2,000 of 70,000 Chinese citizens illegally working for Philippine offshore gaming operators (Pogos) and other fraudulent online activities have been sent back to China since January. Chinese Pogo workers, like this group waiting for a ride in Pasay City, are coming under scrutiny following exposés that many have bribed corrupt immigration officers to get into the country. —RICHARD A. REYES

The country’s gaming regulator will closely cooperate with Chinese law enforcement authorities to crack down on nationals from the mainland with criminal records who are currently working in the country’s online gaming industry.

In a press statement, the Philippine Amusement and Gaming Corp. (Pagcor) said it welcomed recent measures undertaken by the Chinese Embassy in the Philippines against its citizens who are illegally working or doing business in the country.

“The crackdown is a result of Pagcor’s constant coordination with the Chinese Embassy and law enforcement agencies to ensure that proper regulations are observed,” said the agency, which is in charge of regulating online gaming.

“With China’s recent move, illegal Chinese workers who are involved in various cybercrime fraud—including those who are employed in the Philippine offshore gaming operators (Pogos)—will have to face the consequences,” Pagcor said.

According to the regulator, at least 2,000—or 3 percent of the 70,000 Chinese nationals who were illegally working in Pogos and in other fraudulent offshore operations—have been repatriated since Jan. 15, 2019.

“In view of this development, Pagcor will continue to cooperate closely with the Chinese Embassy and other law enforcement agencies to help arrest illegal aliens and penalize employers who are coddling Chinese fugitives,” it said.

Pagcor ordered all Pogo operators to surrender to the Chinese Embassy all illegal workers engaged in alleged criminal activities.

The state-run regulator is working with concerned agencies like the Department of Justice to establish an operations center where all problems related to illegal gambling and cybercrime will be coursed.

“With this shared effort, Pagcor can be sure that all operations being made by the law enforcement agencies are in accordance with the law,” it added.

The Chinese Embassy in Manila has confirmed that Beijing has begun a crackdown on its citizens who are suspected of “committing long-term telecommunication fraud crimes abroad.”

A copy of a notice from the Qixi Police Office in Yantai City, Shandong province, obtained by the Inquirer warned of severe sanctions on those engaged in “overseas telecommunications scams.”

It did not mention the Philippines specifically, but used the term “Pogo gambling.”

The police notice, dated Jan. 27 stated that “those who participated in overseas telecommunications scams and Pogo gambling, and who had taken the initiative to return to their hometowns before Feb. 8 this year, will not be blamed.”

It said “all those involved in overseas telecommunications fraud and gambling will have their passports canceled.”

“All bank accounts and related accounts will be frozen, and all illegally acquired property will be confiscated,” it also said.

The notice said those who will not comply with the directive to return home by Feb. 8 “will no longer enjoy medical financial subsidies” and their children would not be allowed to attend public schools. —DAXIM LUCAS