Cops save another Chinese abducted by loan sharks

Victim had borrowed P1M from suspects after losing P1.7M in hotel casino
By: Jeannette I. Andrade - Reporter / @jiandradeINQ
Philippine Daily Inquirer / 05:12 AM February 28, 2020 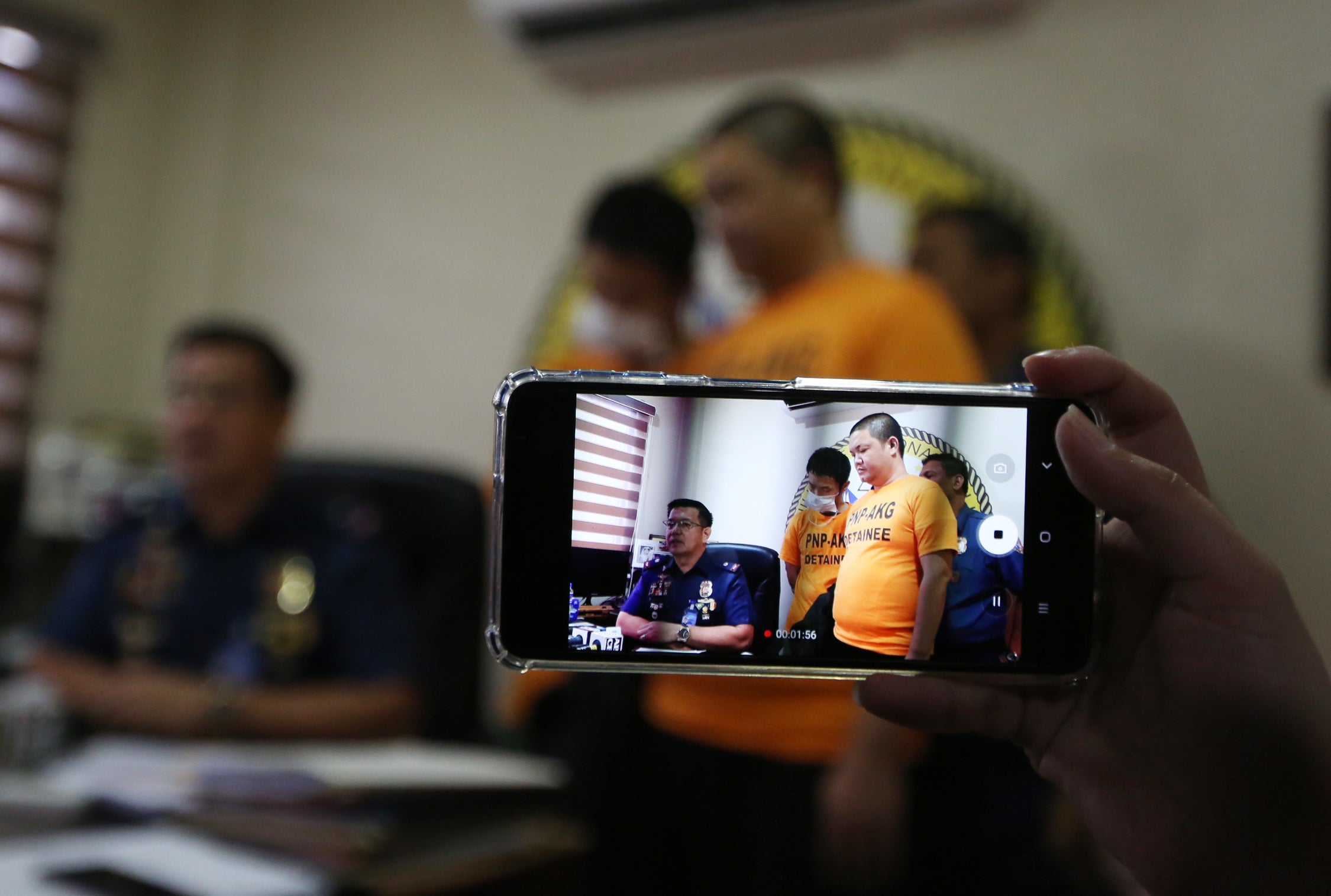 Another Chinese man being held captive by two of his compatriots over a gambling debt of P1 million has been rescued by the police in Parañaque City.

On Thursday, members of the Philippine National Police’s Anti-Kidnapping Group (PNP-AKG) freed the 32-year-old victim, a native of Sichuan, China, around 12:30 p.m. from a van parked outside a posh hotel before he could be brought by his captors to a different location.

His kidnappers identified as Jiang Zhenqiang, 35, of Jiangsu, China, and Zhu Peijian, 35, of Guangdong, China, were placed under arrest.

PNP-AKG spokesperson Police Maj. Ronaldo Lumactod said that before he was kidnapped, the victim lost P1.7 million at the hotel casino on Wednesday night. He was then spotted by the two suspects who loaned him P1 million.

In a matter of hours, however, the victim also lost the money and was taken captive around 2 a.m. Thursday by the suspects who demanded that he pay back at once the P1 million he had borrowed.

At around noon, a hotel employee noticed the suspects dragging the victim into a van and alerted the PNP-AKG personnel assigned at the hotel. The police immediately caught the suspects and rescued the victim.

The suspects remain in the custody of the PNP-AKG in Camp Crame pending the filing of criminal charges against them in the Department of Justice. Cases of Chinese men being held hostage over unpaid gambling debts have become so common at the hotel that the PNP-AKG has set up a desk in the establishment.

On Feb. 22, three Chinese men were arrested for kidnapping their compatriot over a P1 million gambling loan. They held him in the room he had rented at the hotel but his friend, who had been sent out by the suspects to buy food, alerted the hotel manager who called the police.