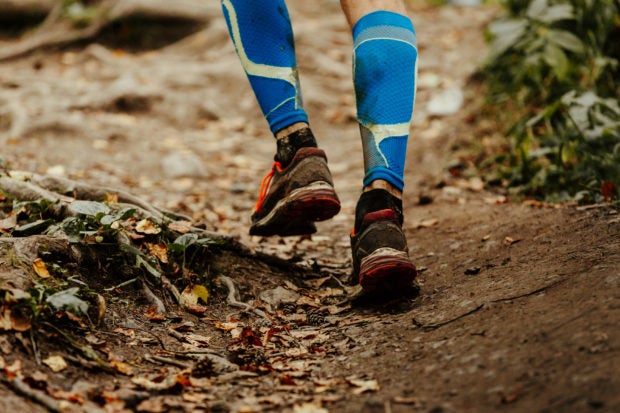 A trail runner had to crawl for several hours to call for help after slipping and breaking his leg on a rocky trail on the Olympic Peninsula in Washington, USA.

Twenty-six-year-old Joseph Oldendorf was running back to the Duckabush Trail on Friday when he slipped on ice and broke his leg three inches above the ankle, as per KIRO 7 on Feb. 24.

Oldendorf had to crawl for nearly seven hours in subfreezing temperatures in order to find cellphone service. He was able to call for help around 12:30 a.m. on Saturday and then crawled several more hours before he was eventually discovered.

“I had to crawl on all fours and my knees—it’s a rocky, snowy, dirty, wet trail—and after a while, my knees were just raw,” Oldendorf said in the report. “So, I had the idea to put my shoes over them so I would at least have some traction and a little bit of protection, but they’re still really messed up.”

Oldendorf,  who was taken by rescuers to the Harborview Medical Center in Seattle, has since been released. But during his harrowing ordeal, what kept him going was the thought of his family.

“I don’t want my family to hear I died in the wilderness,” he said. “I think it’d be unbearable.”

Firefighter Jerry Rule of the Brinnon Fire Department, who was in the group of rescuers, said they found Oldendorf four and a half miles in and called the runner a “lucky guy.”

“This is definitely a rugged part of the Olympic National Forest. We actually found the patient about four and a half miles in, which is pretty unusual for a typical fire department to go in,” Rule said in the report. “[It] doesn’t take much to take you out of the game up on those trails and by yourself. He’s a lucky guy. We were on our way, after evacuating him by helicopter. We only ran into two other individuals and they were not going as far as we were.” Cody Cepeda /ra

ADVERTISEMENT
Read Next
Phivolcs: Taal Volcano emits moderate steam, Alert Level 2 still up
EDITORS' PICK
10 Filipinos positive for COVID-19 in UK, 7 in Ireland — envoy
Nograles: Cabinet members to donate 75% of monthly salary to aid COVID-19 fight
Quick chat with Nicole Andersson: ‘You really don’t need much to be happy’
IATF to LGUs: Issue ordinances vs attacks on frontliners, COVID-19 patients
Diokno to Duterte: OK to make fun of buck tooth, but focus on people’s needs first
Robredo spox thanks Duterte for defending VP’s efforts vs COVID-19
MOST READ
Coronavirus hotbed Rizal to shut borders on April 6
Gov’t mulling quarantine period extension of 15-20 more days
ADB warns PH against prolonged lockdown
Sotto on Isko Moreno’s call: We do our job without the media following our every move
Don't miss out on the latest news and information.