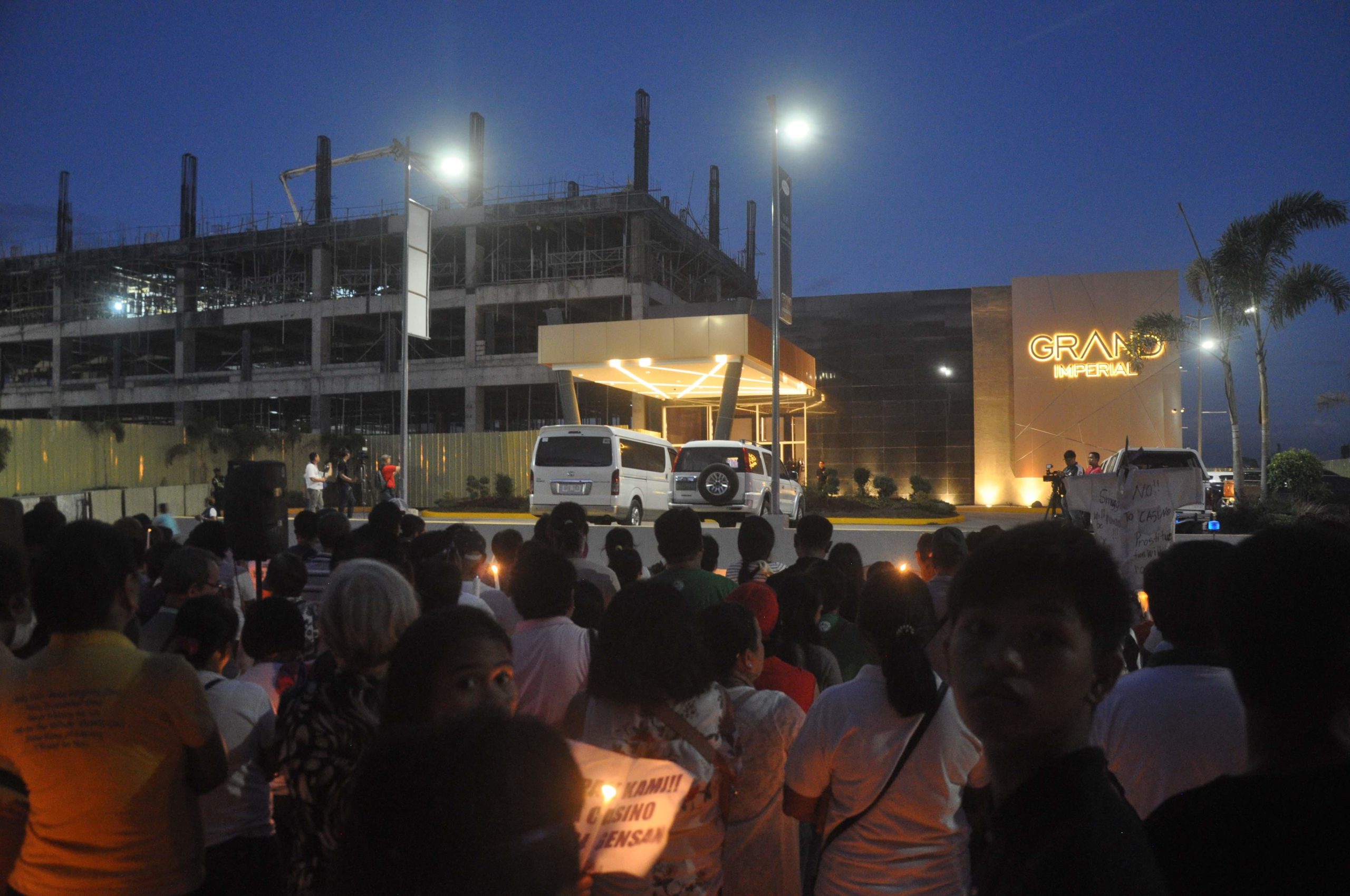 UNWANTED Over 2,000 people stage a prayer rally on Tuesday evening to oppose the operation of a casino in General Santos City. —CONTRIBUTED PHOTO

GENERAL SANTOS CITY, South Cotabato, Philippines — About 2,000 parishioners flocked to the site of a newly opened casino here to join a prayer rally organized by local Catholic Church leaders to oppose its operation.

Fr. Angel Buenavides, vicar general of the Diocese of Marbel, said six parishes from the Metro Dadiangas area joined the rally at a mall, in time for the soft opening of the casino at the back of the establishment on Tuesday. The casino features slot machines and card games.

“The social impacts of a casino far outweigh the economic benefits, like the jobs that will be generated and the receipts and taxes from the tourists. We have seen that casinos attract prostitution,” Buenavides said.

He said the local Catholic Church was not invited to any of the consultations conducted before the operation of the casino licensed by the Philippine Amusement and Gaming Corp. (Pagcor).

Marbel Bishop Cerilo Casicas said they would intensify the opposition to the casino operation and other forms of gambling in the diocese.

Buenavides said a bigger multisectoral mobilization that would include Muslims would follow to drum up opposition to the casino operation.

He said they suspected the casino was built to accommodate Chinese gamblers, although casino representatives did not say who their target tourists were. Church leaders also said they feared that the casino-hotel might also become a Philippine offshore gaming operator (Pogo) hub that would employ Chinese workers.

“Protect our family and children from the culture of gambling and prostitution … no to casino gambling in GenSan,” read one of the streamers mounted during the prayer rally.

General Santos City Councilor Jose Orlando Acharon said the permit for the casino operation had been granted by Pagcor, which had been “helping the poor in their time of need.”