No CA member objected when a motion to approve Avisado’s ad interim appointment as chief of the Department of Budget and Management (DBM) was made.

Before the plenary session, members of the body’s Committee on Budget and Management deliberated on and recommended the approval of the ad interim appointment of Avisado.

“Continue what you are doing in the DBM … particularly on the national budget. He (President Rodrigo Duterte) cannot do it without your input and wise counsel. Please continue what you started,” Senator Panfilo Lacson told Avisado during the CA panel’s hearing.

Before this, Lacson asked Avisado about the over P80 billion in Congressional alignments in the 2020 national budget which had been withheld.

Avisado told Lacson that this was to ensure that the projects undergo the proper process and vetting. 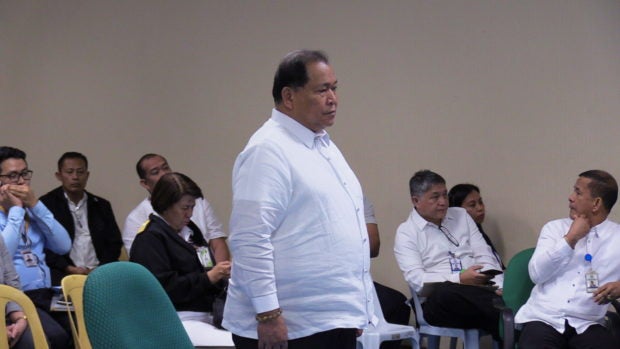 “What the President simply wants to do is to make sure that these goes through the process and that when they’re vetted and proven to be in accordance with the priorities of the government and that they are shovel-ready or implementation-ready, then why not?” the DBM chief said.

“We have to support these projects and be implemented at the proper time,” he added.

Avisado also said that for the 2021 budget call, projects that will be put under the National Expenditure Program (NEP) will have to go through the approval of the regional development councils (RDCs)

“The RDC is the repository of all programs and projects within the region. They had all the long list of projects kasi po merong short, medium, and long term. At ito po ay talagang pinaparating ‘yan sa RDC, therefore, what we’re really saying is at the level of the region, pakitingin lang if these projects are really there at that therefore this has been vetted,” he said.

Lacson, who has repeatedly exposed alleged pork insertions during previous budget seasons, lauded the “new direction” the DBM is taking when it comes to vetting projects.

Senator Imee Marcos, however, was apprehensive about this new requirement, saying it would just delay the process.

“The requirement to pass RBC is not legally required, this has never been the process. Why are we compelling all the budget officers, the public work, and local government units (LGUs) to undergo yet another step, yet another delay in the requirement to put the RDC approval as part of the project process,” she said.

Avisado explained to Marcos that the said requirement is merely to ensure that the projects that will be included in the NEP are properly vetted and are in accordance with the Regional Development Plan.

“With due respect, I was co-chair of Regional Development Council for seven years of RDC 11 and it is our mandate, precisely, to review the budget of each of the regional offices within the region, including the projects,” he said.

“Therefore when we do that we are assured that these projects have gone through the process…That’s the mandate of the RDCs,” he added.

Avisado assured lawmakers that the department will “revisit the guidelines and whatever it is that we can draw up in terms of hastening” the process.

“Bina-validate lang po namin…if there’s a way that we can hasten it, we’ll hasten it rather than it becoming a problem,” he added, noting that the DBM just wants to ensure that these projects “are well within the priorities of the government and that they are implementation-ready and shovel-ready.”

“Every time we talk about issues of labor, ‘endo’ (end of contract) will always surface, both of us would agree that the biggest number of contractual workers is in the government or public sector,” Villanueva said.

Citing data from the Civil Service Commission (CSC), Villanueva said that there are 669,347 job orders and/or contract of service job orders in the government as of May 2019.

“I think this is a great concern especially for a lot of us to address the evils of endo,” he said.

“I’d like to raise this particular point. We have a list of authorized positions…Every year we see government agencies, they have been reporting thousands of contractual employees, yet we have a lot of positions to be filled,” he added.

Villanueva said 11.6 percent of positions in the Department of Public Works and Highways need to be filled-up.

“All departments and agencies, I think even  including LGUs, will have to make sure that they will no longer have job orders…pinagbabawal na po yan up to the end of the year po,” the DBM chief said.

Avisado also assured lawmakers that corruption will not foster in the DBM with him at the helm of the agency.

“Wala po kaming karapatan na sirain ang mandato ng DBM at ganun din po ang pagiging involved in many or in any other form of corruption,’ he said referring to DBM officials and personnel.

“I take full responsibility for anything and everything that happens in DBM. Pag meron pong corruption na mangyayari diyan, I can assure you that I will be the first to go pagka po nangyari yan,” he added.

Avisado was appointed as acting DBM secretary by President Rodrigo Duterte in August 2019.

He previously served as Davao City administrator from 2004 to 2010 under then-Mayor Duterte.

In 2010, Avisado was appointed to the Housing and Urban Development Coordinating Council (HUDCC) as assistant secretary to then HUDCC chair and Vice President Jejomar Binay.

Senate Majority Leader Juan Miguel Zubiri, chair of the CA’s Committee on Budget and Management, noted during the plenary session that Avisado is “praised for advocating transparency in the service.”

Meanwhile, the CA also confirmed the ad interim appointments of four senior officers of the Armed Forces of the Philippines (AFP).

Before this, a separate hearing was conducted by the CA’s Committee National Defense to deliberate on the ad interim appointments and nomination of the following AFP senior officers: 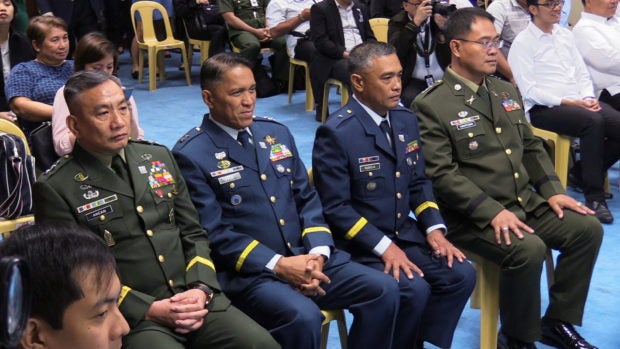 Read Next
New virus has infected 80,000 globally, caused 2,700 deaths
EDITORS' PICK
IATF to LGUs: Issue ordinances vs attacks on frontliners, COVID-19 patients
10 Filipinos positive for COVID-19 in UK, 7 in Ireland — envoy
Nograles: Cabinet members to donate 75% of monthly salary to aid COVID-19 fight
Diokno to Duterte: OK to make fun of buck tooth, but focus on people’s needs first
Robredo spox thanks Duterte for defending VP’s efforts vs COVID-19
Quick chat with Nicole Andersson: ‘You really don’t need much to be happy’
MOST READ
Gov’t mulling quarantine period extension of 15-20 more days
Coronavirus hotbed Rizal to shut borders on April 6
ADB warns PH against prolonged lockdown
Sotto on Isko Moreno’s call: We do our job without the media following our every move
Don't miss out on the latest news and information.

Village frontliner dies after ambulance with pregnant onboard crashes