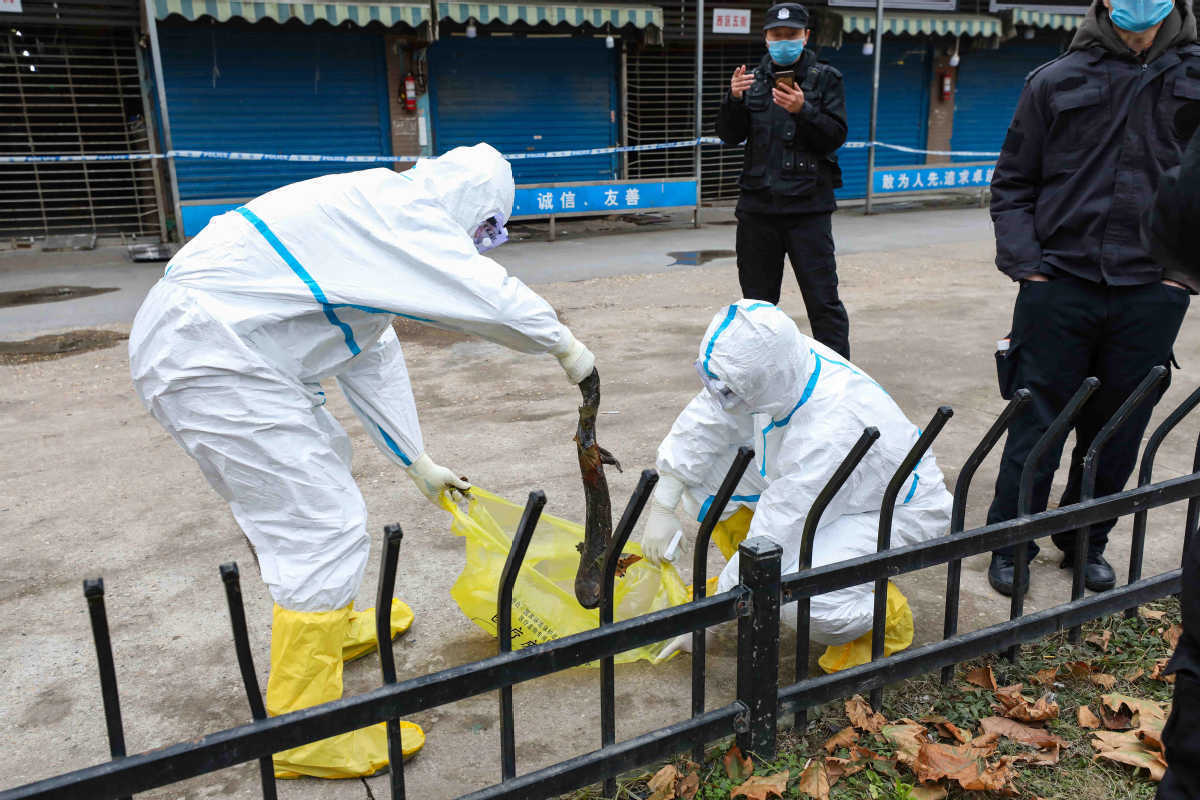 BEIJING — The outbreak of the novel coronavirus, which is widely believed to have originated in wild animals, has prompted China’s top legislature to roll out a swift decision to comprehensively ban the eating of wildlife across the country.

It also adopted a decision on Monday to postpone its annual plenary session, which usually starts on March 5.

A decision made by the National People’s Congress Standing Committee on Monday has made it clear that all wildlife on the protection list of the existing Wild Animal Protection Law or other laws, and all terrestrial wildlife, including those artificially bred and farmed, are banned from consumption.

Li Zhanshu, chairman of the NPC Standing Committee, said on Monday that under the leadership of President Xi Jinping, there has been much positive progress in epidemic prevention and control work. Li said the latest decision of the top legislature is to safeguard people’s lives and health.

He also said that postponing the NPC plenary session this year is a careful decision that could help concentrate efforts on fighting the epidemic.

The novel coronavirus, which had infected 77,150 people on the Chinese mainland as of Sunday, had killed 2,592, according to the National Health Commission. The virus is thought to have emerged at a seafood market in Wuhan, Hubei province, where wildlife was also sold illegally, according to media reports.

Zang Tiewei, a spokesman for the committee’s Legislative Affairs Commission, said on Monday that the latest decision consists of eight articles.

“Since the outbreak of the novel coronavirus, the prominent problem of recklessly eating wild animals and its potential risk to public health have aroused wide public concern,” he said.

“But amending the Wild Animal Protection Law needs to go through legislative procedures. At the critical moment in epidemic prevention and control, it’s highly necessary and noteworthy for the NPC Standing Committee to pass a special decision.”

A decision made by the NPC Standing Committee is usually about a single issue and not as comprehensive and systematic as a law, but such decisions have equal legal effect.

However, since fishing is an important agricultural mode of production and also an internationally accepted practice, aquatic wild animals like fish are not on the prohibition list, according to Yang Heqing, deputy director of the Legislative Affairs Commission’s economic law office.

Animals that have been farm-raised for a long time so as to have become widely accepted by the public, and that form value chains helpful in local poverty alleviation, such as pigeons and rabbits, are also excluded, Yang said.

However, such animals should be managed under the category of poultry and livestock, and relevant central government departments should draft and publicize a list of such animals and put them under strict inspection and quarantine measures.

“The decision may bring economic losses to some farmers who raise animals. Local governments should support and help them to adjust and transform production, and offer them compensation depending on the practical situation,” Yang said.

Also, under some special circumstances and with the regulations of relevant laws, wild animals can be used for nonedible purposes, such as for scientific research, for drugs and display. But strict application and approval procedures are required, according to the decision.

Violators will be severely punished, and venues for illegal production and trade will be seized and closed, the decision said.

Next, the NPC Standing Committee plans to amend the Wild Animal Protection Law, and a draft revision to the Animal Epidemic Prevention Law is expected to be submitted for review in the near future, said Zang, the spokesman for the Legislative Affairs Commission.

The top legislature is also accelerating legislation on biological security, and is considering revising the Law on Prevention and Control of Infectious Diseases and some other laws to improve the public health emergency management system, he added.