MANILA, Philippines — A lawmaker in the House of Representatives has filed a joint resolution seeking to extend the franchise of media giant ABS-CBN.

Cebu Rep. Raul Del Mar filed House Joint Resolution No. 28 which seeks to extend the franchise of ABS-CBN Corporation until the end of the 18th Congress in June 2022.

The joint resolution was filed on February 18.

“Since there are only eleven (11) session days left before the next adjournment of Congress on 14 March 2020, both the House of Representatives and the Senate need additional time to review, assess and determine whether or not ABS-CBN Broadcasting Corporation shall be granted the renewal of its franchise,” Del Mar said in the resolution.

“This will enable Congress to discharge its constitutional duty of protecting the public interest in the grant and repeal of franchises, without trampling on rights to due process and infringing on a free press and free speech,” the lawmaker added. 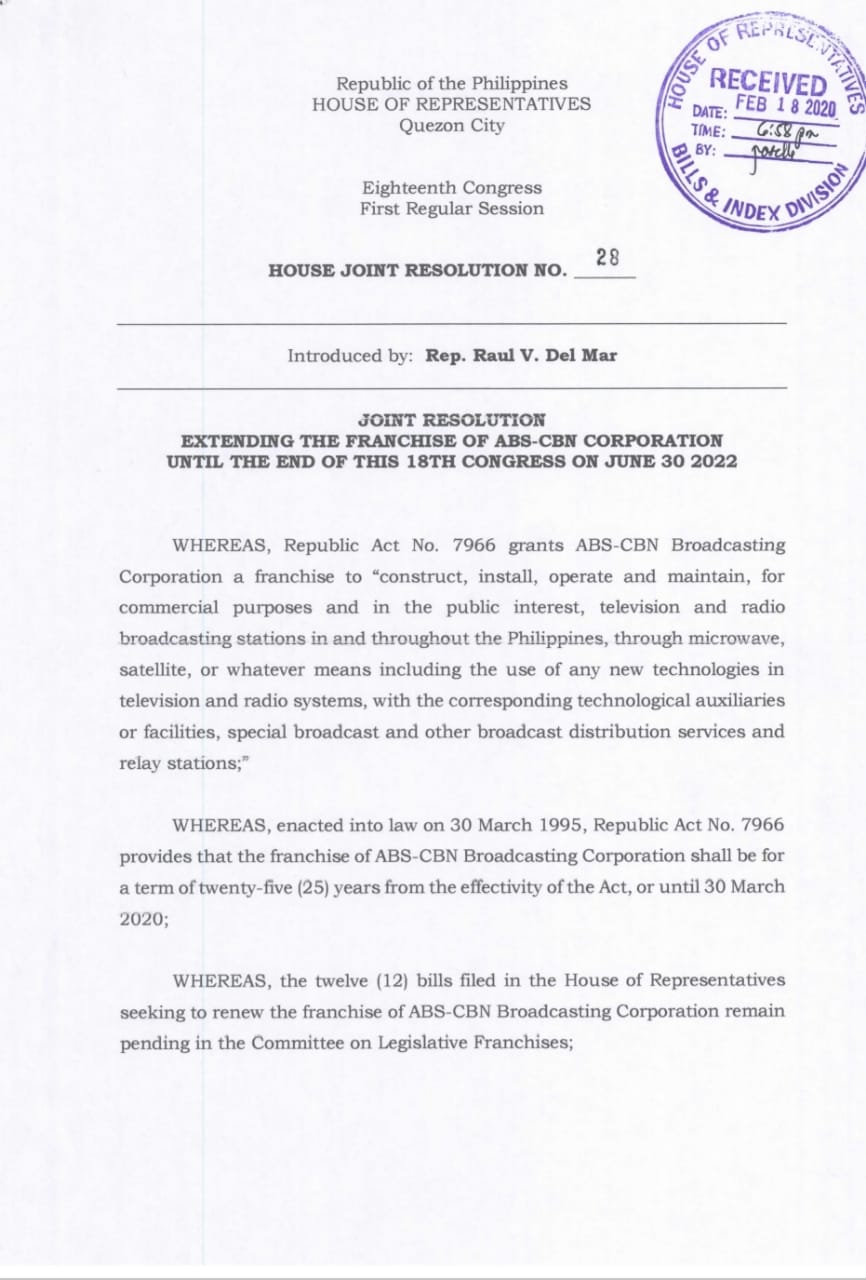 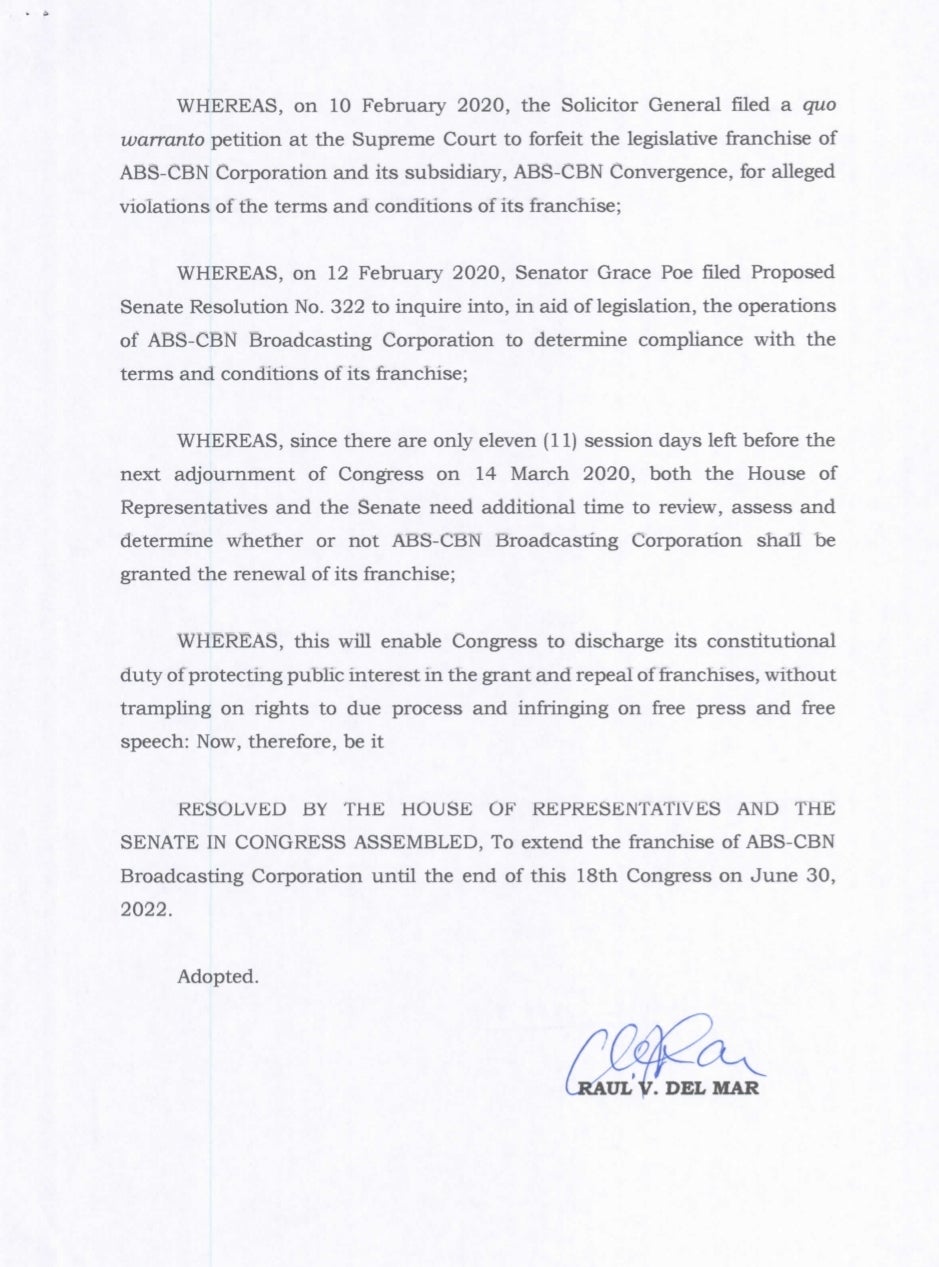 Republic Act No. 3846 requires television and radio broadcasting companies to secure a franchise from the government before they are allowed to operate. It is Congress that will decide on the extension of franchises given to public utilities such as media.

During the Senate’s hearing on ABS-CBN’s franchise, Justice Secretary Menardo Guevarra said the network’s current franchise will expire on May 4 and not on March 30 as initially reported.

Currently, there are 11 bills pending before the House of Representatives seeking the renewal of ABS-CBN’s franchise.

On Monday, the House committee on legislative franchises formally started the proceedings to tackle the issue by asking stakeholders—both for and against the franchise renewal—to submit their respective  position papers.

But as to the actual hearings, Alvarez said the panel may tackle the issue between May and August, which means ABS-CBN’s current franchise may have already lapsed.

House Speaker Alan Peter Cayetano previously said the lower chamber will coordinate with the National Telecommunications Commission (NTC) to ensure that ABS-CBN will continue with its operations while its bid for franchise renewal remains hanging in the House of Representatives.

During the House committee on legislative franchise’s hearing on Monday, Engr. Annaliza Buenviaje of the NTC’s Broadcast Division said a memorandum of understanding between the Congress, NTC and the Kapisanan ng mga Brodkaster ng Pilipinas (KBP) was signed in 1994.

Buenviaje said that under the said memorandum, operators can still operate or broadcast if they have a pending bid for franchise renewal before the Congress.